EU Money shall not go to criminals 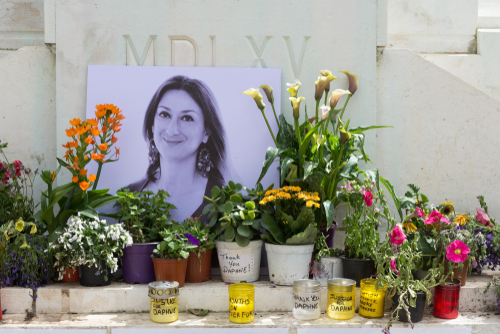 Brussels (Brussels Morning) EU energy ministers are pushing for public funding to help construct a gas pipeline to a power station in Malta co-owned by a businessman currently awaiting trial for the murder of the journalist Daphne Caruana Galizia.

The move has been criticised by environmental activists because it would cement Malta’s reliance on the Delimara gas-fired power plant, which is partly owned by the man accused of orchestrating the Caruana Galizia assassination.

Maltese businessman Yorgen Fenech, previously a director of ElectroGas, the company that operates the Delimara power plant, has a substantial stake in the company with his family. He was charged this year with conspiracy to murder Caruana Galizia. Maltese prosecutors have recommended a life sentence when he stands trial. Fenech denies being involved in the killing.

Prior to his arrest, he was the managing director of his family’s Tumas Group business, which teamed up with other Maltese families to secure a third of the shares in ElectroGas. He owns shares in the company through Tumas and a separate company. His uncle, Tumas chairman Raymond Fenech ,has said he was unaware of the EU proposals

Caruana Galizia was investigating the award of the Delimara power plant contract to ElectroGas when she died in a car bomb attack in 2017. Maltese police believe that she was killed because of her reporting about the power plant deal.

In a comment to Brussels Morning, Tom Berendsen, the MEP who negotiated the new EU rules for the Malta pipeline on behalf of the EPP Group, was adamant that criminals should not benefit in any way from the derogation. It is essential that the EU is able to ensure that no funds go to criminal enterprises, he contended, maintaining that the Maltese project should not be abused to allow funding to go to criminals.

“I’m particularly happy that we managed to achieve this because it is not right that these fraudsters and criminals are rewarded with taxpayers’ money. EU governments benefitting from a derogation, like Malta, have to make sure that criminals do not directly or indirectly benefit from EU funds”, Berensen argued.

He pointed out that this was a legal safeguard that MEPs would continue defending politically as part of the EP’s rule of law campaign.” Values are not for sale. We must shut the door completely on these people”, he declared.

Berensen also took the opportunity to pay tribute to Daphne Caruana Galizia, the assassinated investigative journalist, noting “how important it is for justice to be done for the stories she exposed.”