Transparency will lead to confidence

by Lukas Mandl MEP
in Opinion 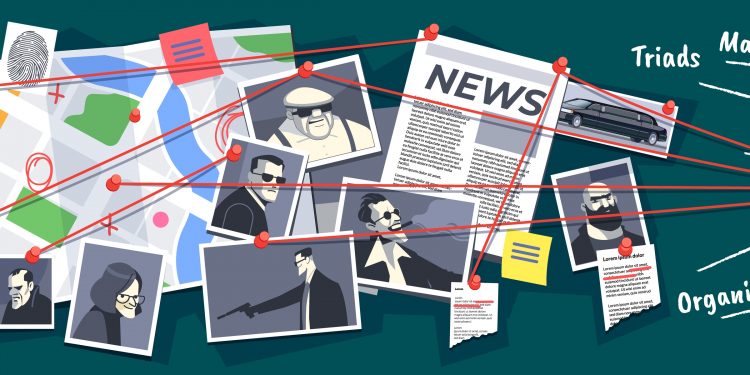 Transparency will lead to confidence

Brussels (Brussels Morning) In its last plenary session of the year 2021 the European Parliament voted on the report on Cooperation against Organised Crime in the Western Balkans, which I, as Rapporteur,  helped draft and negotiate. The report was adopted with a large majority of 531 votes in favour, testament to the EP’s strong support for its fellow Europeans who are citizens of the six Western Balkans countries.

Organised crime is a structural problem. Additional to the singular criminal activity involved, the overall damage organised crime causes is that against confidence within our societies. Organised crime leads to mutual suspicion between neighbours and citizens and a lack of trust in public institutions. Today hybrid attacks and disinformation are likely to aggravate the problem, especially during these pandemic times. I consider transparency to be the most important condition for confidence and trust. The European Parliament demands transparency. Links between organised crime, politics and businesses existed before the break-up of the former Yugoslavia and they have continued since the 1990s.

Therefore, we call for the former Yugoslav archives to be opened and, in particular, demand access to the files of the former Yugoslav Secret Service (UDBA) and those of the Yugoslav People’s Army Secret Service (KOS). In order to effectively dismantle organised crime groups, we also need to improve intelligence cooperation between the Western Balkans countries, EU Member States and international partners like the Unites States, Canada and/or the United Kingdom. I appreciate that Commission President Ursula von der Leyen has also cited the importance of enhanced intelligence cooperation in her State of the Union address. When it comes to transparency, I also want to highlight the important role civil society organisations, journalists and press freedom have played in uncovering acts of corruption and organised criminal activities. These brave women and men should be supported by the EU and must be adequately protected.

Organised crime creates obstacles to democratic reforms and consequently hampers the accession process. Sometimes the threat posed by organised criminal groups has been misused to oppose EU accession. However, I believe that fighting organised crime and advancing EU integration are mutually reinforcing processes. Without a credible membership perspective, the situation regarding organised crime will only worsen — hence the need to accelerate the EU integration process. This means, among other things, starting the accession negotiations with North Macedonia and Albania and granting visa liberalisation to the citizens of Kosovo. I am glad that the European Parliament has again unequivocally stated that Kosovo has fulfilled all criteria for visa liberalisation and that this should be granted without further delay. Personally, I am losing patience more and more. The game that hinders visa liberalisation is a matter of shame for Europe.

In order to advance further along their European paths, the Western Balkans countries need to deliver reforms, especially in the areas of rule of law and the fight against corruption and organised crime. The EU should also treat this as a priority issue within the enlargement process and continue to support the region through financial assistance and practical cooperation. There are still problems, for example, when it comes to the independence of the judiciary, the length of proceedings or the prosecution of high-profile criminals. We clearly point out these problems in the report, but we also highlight the successful cooperation between the Western Balkan countries and Eurojust, Europol and Frontex, which have already delivered results. In this context, I would like to underline the Parliament’s call to conclude cooperation agreements between these organisations and all six Western Balkans countries.

Tags: Cooperation against Organised Crime in the Western BalkansMain-SliderOpinion sectiontransparencyWestern Balkans
No Result
View All Result