Debate #2 : Should hydrogen heat our homes? 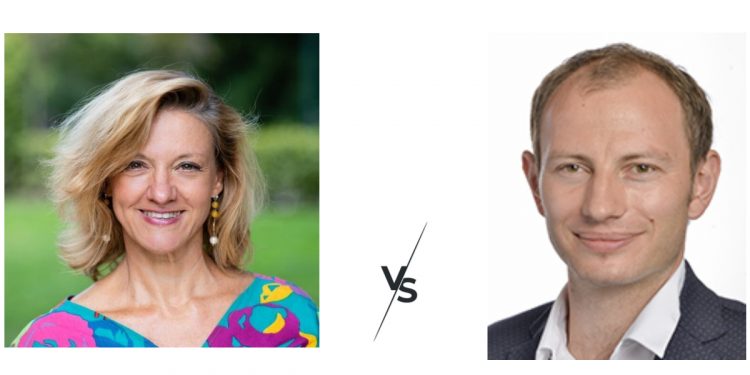 Brussels Morning’s second debate asks the question of whether hydrogen can heat homes across the EU, with Monica Frassoni from the European Alliance to Save Energy arguing ‘no’ and Ondřej Knotek MEP (Renew Europe), arguing ‘yes’. 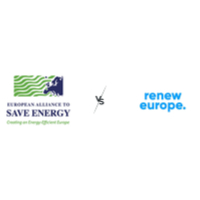 From a 2015 benchmark that means reducing imports for coal by 70%, oil by 25%, and natural gas by 15-20% over the next decade. While there is EU consensus on ambition, there remains no unanimity on policy and how that reduction will be achieved by all 27 member states and the political parties involved.

The way forward entails significant political questions, which can make or break huge sectors of the economy. Economies of scale are necessary to help tackle the huge task but inevitably involve contentious issues such as the technologies required, the question of foreign investors, whether nuclear power is a ‘renewable’ or if the focus should be on hydrogen, solar, water current and wind. Given finite resources, where do we invest in the production and distribution of energy and who pays for this process are other unanswered questions.

To help navigate this discussion Brussels Morning hosts a debate that has resonance with virtually all EU citizens: can hydrogen heat our homes? The potential of hydrogen-fueled heating is a fossil fuel free city skyline across Europe.

Answering “No” is Monica Frassoni, president of lobby group the European Alliance to Save Energy, backed by major European corporate stakeholders in the European project of decarbonisation. She argues that while hydrogen has a role in the energy mix, it is not the right technology for our homes.

Both advocate for an approach that utilises what works but disagree, underscoring their political differences. The debate also follows ITRE rapporteur Jens Geier’s  draft report on 19 November 2020 on a hydrogen strategy. Following receipt of amendments, the ITRE committee of the European Parliament will vote on the report by the end of March 2021.

Hydrogen is not the way forward for our homes

The decarbonisation of heating in buildings is of vital importance to achieving the EU’s climate goals in 2030 and beyond as 60% emissions reductions in the buildings sector are expected over the next 10 years.

When it comes to hydrogen specifically, only the so-called renewable or zero-carbon hydrogen can be considered net-zero compatible. Whilst hydrogen is often presented as a less disruptive approach than widespread electrification, there are real challenges to delivering hydrogen at scale, let alone speed.

Questions remain around production methods, transmission, its performance as a heating fuel and the cost of production.

The EU Long-Term Climate Strategy to 2050 suggests that European renewable hydrogen supply could meet only 15% of today’s gas demand, hence most will have to be supplied by imports from the MENA region. Such imports are likely to have a negative impact on the costs, will not increase security of energy supply and will inevitably generate additional emissions, because the long-distance transport of hydrogen using liquefaction for shipping is very energy demanding.

Furthermore, when introducing hydrogen in the chain, there are two extra conversion steps needed, resulting in a low round trip efficiency of ‘electricity – hydrogen – electricity’ at only 35-41%.

The efficiency factor between green hydrogen and competitive technologies is so large that hydrogen is not a viable option when it comes to heating in buildings. It takes about five times more wind or solar electricity to heat a home with hydrogen than it takes to heat the same home with an efficient heat pump. Instead, energy efficiency and renewable energy need to be prioritised for the efficient decarbonisation of Europe’s building stock in a suitable time and scale. Both are readily deployable, cost-competitive and create local jobs in construction and services.

The International Energy Agency estimates that efficiency creates about three times as many jobs as hydrogen. As efficiency investments lower operating costs, they also increase consumer’s disposable income, acting as an economic multiplier. Overestimating zero-emission gas potentials, mostly imported from abroad, could result in having EU consumers fund unnecessary infrastructures, such as gas pipelines (or their upgrade), which could then end up stranded or could lock-in continued use of high-carbon gas.

Nevertheless, there is a bright future for hydrogen, not for the heating of our buildings, but as an indispensable supplier of the backbone for the future energy and industrial feedstock system.

Hydrogen is the solution for our homes

Ondrej Knotek – I am convinced that hydrogen will supply buildings with heat and electricity across Europe over the next decade.

It might not be the dominant source of heat in the coming decade, but it is a practical solution. Most notably, fuel cell micro-cogeneration (FC micro-CHP) systems offer a unique solution, when it comes to heat and electricity. The benefit of this technology comes with its microgrid and off-grid appliance.

I believe that hydrogen is complementary to energy efficiency when it comes to buildings, especially after the Renovation Wave Strategy recognised them as hard-to-decarbonise sector. Moreover, it is crucial to scale up the renovation rate, which is currently below 1%, as we strive to meet our 2030 goals. The heterogeneity of buildings and climate conditions in Europe, does not offer a one-size-fits-all approach.

We have to understand, that some regions might never be able to produce sufficient levels of renewable hydrogen due to their territorial conditions. While hydrogen production from offshore wind is a great method, we need to guarantee regional production as well. To maximise the available potential and demand of hydrogen technology, the EU should place low-carbon hydrogen on an equal footing with its renewable equivalent.

Hydrogen, overall, is identified as an essential tool in climate change mitigation, with the adoption of the EU hydrogen strategy by Commission last summer. Therefore, it is important for the EU to ensure sufficient levels of hydrogen production, including relevant infrastructure.

We should strive for European energy security. I hope the principle of technology neutrality will be respected in the upcoming revision of the Natural Gas Directive, and any other legislation related to climate change mitigation and adaption. It is of utmost importance for the climate-neutral transition to be cost-efficient and sustainable.

The Fuel Cell micro-cogeneration sets are already available in some Member States for use in single-family houses, apartment buildings and businesses. Even though, they now utilise natural gas or biogas, they are already cost-efficient. The PACE project showed that FC micro-CHP systems are more than 90% energy efficient. Therefore, allowing consumers to lower their energy bills and carbon footprint.

In the next decade, I expect continuous decline of costs of Solid Oxide Fuel Cells (SOFC) and Electrolysers (SOEC), further enabling deployment of hydrogen for residential heating and electricity generation.

The European Parliament is expected to adopt its position on EU hydrogen strategy by this summer.