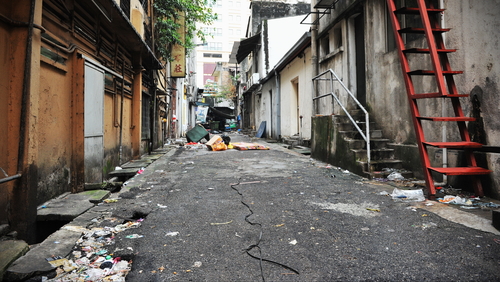 Brussels (Brussels Morning) Denmark is proposing extensive changes to a law on disadvantaged neighbourhoods which would mandate an upper limit on “non-western” residents in such neighbourhoods of 30%, AFP reports.

The current law on combating “parallel societies” defines a “ghetto” as a neighbourhood with more than 1,000 residents, in which more than half are of “non-western” origin, and which meets at least two out of four additional criteria.

The other applicable criteria include: more than 40% of residents are unemployed; more than 60% of residents between 39 and 50 years of age have no upper secondary education; recorded crime rates are at least three times higher than national average; residents have average income of 55% or less than the regional average.

The amendments to the law would strike the word “ghetto” and replace it with the more politically correct term, “disadvantaged neighbourhoods”. “The term ghetto is misleading,” Interior Minister Kaare Dybvad Bek said. “I think it contributes to eclipsing the large amount of work that needs doing in these neighbourhoods.”

Misdemeanours committed in such neighborhoods are sanctioned with double the regular legal penalties, and daycare is mandatory for all children over the age of one, with non-compliant families at risk of having their family allowance withdrawn.

Currently, the annually-updated roster of such areas lists 15 neighbourhoods, with 25 others considered to be “at risk”. Revision of the law would include a provision making it a requirement to reduce the percentage of “non-western” residents to a maximum of 30% of total within the next 10 years.

Denmark has one of the strictest immigration laws in Europe. According to official statistics, some 11% of the country’s 5.8 million residents are of foreign origin, of whom some 58% originally hailed from a country officially considered “non-western”.