by Barah Mikail
in Opinion 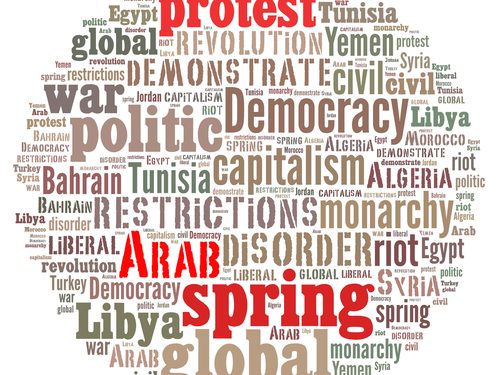 Political scientist Barah Mikail reflects on the last 10 years of Syria’s war, an anniversary not to be celebrated, he writes.

Paris (Brussels Morning) Over the last few days, we’ve heard much about the anniversary of the Syrian conflict, while there is, in fact, nothing deserved of celebration. A decade on from the “Arab Spring”, Syria has known war’s destruction and the human and material loss that gives.  More than half of the country’s population had to flee their homes to become asylum seekers, refugees or internally displaced persons (IDPs). Services in Syria are not functional, state sovereignty is random, foreign interference is wide, popular unrest keeps prevailing, autonomous claims are stronger than ever, and COVID-19’s spread is worryingly not disappearing.

Back in 2011, few observers expected the war in Syria to last not least to where it is today. The “Arab Spring” had fast effect, overthrowing some of the region’s autocrats (Tunisia, Egypt, Libya) and many expected that the Syrian president Bashar Assad would face the same fate. The common belief was that a president who had inherited his position from his father and who had done little if anything to favor democracy in his country had no legitimacy; therefore, Syrian people would push him out.

But this same point of view has more to it that the non-democratic DNA of the Syrian regime. The US and EU did not base its assessment about the Syrian regime on the sole grounds of democracy and political openness: otherwise, it would not have feared the domestic and regional consequences of the fall of Tunisia’s Ben Ali and Egypt’s Mubarak. More than that, if Western governments had really been motivated by an ideological democracy-driven agenda, they would also have called for Saudi Arabia’s late king Abdullah and Qatar’s Sheikh Hamad to step down, among many others.

The undemocratic stance of the Syrian regime was problematic from the point of view of some Western countries and governments, but even more problematic to them was the fact that Damascus dealt with actors and allies that were not really kind with the West and its interests and with Israel. Syria’s close friends and allies were seen as radical actors that stood on the wrong side of history. Syria may have lost some of its “friends” with the Arab uprisings of 2011, among them, Turkey, France, and the UK. But that does not mean it has lost all its backers. In fact, when it comes to its radical partners, Syria not only kept good relations with them, it ended up depending on them. Indeed, the Syrian regime owes its to Russia, Iran, the Lebanese Hezbollah and the Iraqi Popular Mobilization Forces (Hashd). They were key in backing the Syrian army and having it take over another set of movements and armed groups.

It is essentially civilians that paid the price of the Syrian tragedy, but this does not mean that the “Syria war” can be reduced to a simple struggle between the Syrian army and its government on the one hand, and the population on the other hand. This component has prevailed from the beginning but came together with other dynamics. Indeed, Syria also ended up being this place where some regional and international actors managed to develop strategies that looked at serving their agendas before they would address the Syrian population and its demands.

The original sin of the Arab Spring lies in the attitude of the international community towards it. Tunisians and Egyptians initiated and led their own revolutions, far from foreign direct interference, but this did not prove true for all the countries of the region. Besides, the deeper interferences went, the longer wars lasted. There are three countries in the MENA region where foreign interference reached its maximum level: Libya, Yemen and Syria. All of them are still witnessing wars ten years on from the Arab uprisings.

The intentions of those countries that stepped directly or indirectly in each of the aforementioned states were clear: they were looking forward to having political influence and to taking advantage of their strategic location. There were some nuances too of course, depending on the situations: many countries that stepped in Syria and Yemen were determined to cut them from Iran and its influence, while Libya gathered interest for different reasons like its strategic location, its wealth (oil and gas), but also the political void that prevailed after the fall of former leader Moammar Gaddafi. Indeed, the absence of a state structure in Libya left the country open to all sorts of influence in a context of general crumbling of the key institutions. While in Syria, the existence of a strong sovereign state structure and a regular army explains in great part why institutions did not crumble – though the country did end up being destroyed in most of its parts.

There is no unique responsibility for the Syrian tragedy: the responsibility is collective. The Syrian regime is to be blamed for having favoured repression and habits inherited from a past era as a way for it to resist change; but some opponents to the Syrian regime have used democratisation as a way for them to push for their personal agendas and resorted to favouring the voice and the actions of the extremists and radicals. Besides, both the Syrian regime and its opponents ended up acting in a way that makes them accountable for war crimes: but while Syrian national resistance groups can claim that their use of violence comes in the name of “self-defense”, allowing offshoots of organisations such as al-Qaida to benefit from the same clemency is more problematic.

All through the last 10 years, we heard – and we still hear – voices that claim that some jihadis that originate from UN-banned groups are in fact liberal figures focused on humanitarian action. This argument is not only untrue, it is also dangerous: it translates either ignorance, or a continuous attempt to keep denying that the way we dealt with Syria was wrong. Arrogance and wishful thinking can be damaging and Syria stands as a good example of this.

Maybe Syrians would have been better off if they had stopped being ruled by the current regime. But events are what they are, and who can claim that the Arab Spring has brought them better prospects than those that prevailed before 2011? There is an urgent necessity to act for the sake of the Syrian population, no doubt. But it is urgent as well to reconsider our pretension to determine the way countries – especially the non-Western among them – should evolve. Change is positive when it comes at the cost of renewal rather than destruction.