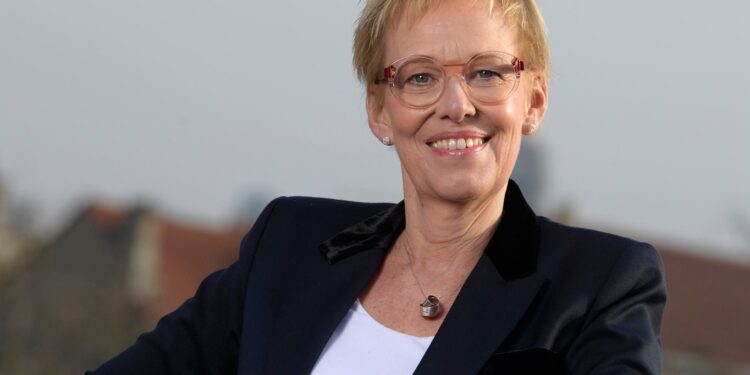 The selection procedure for Beliris projects is completely transparent. Each step is validated by representatives of the federal and Brussels governments, said Federal Minister Karine Lalieux, in charge of the body that manages federally funded projects in the capital on Monday.

Certain remarks by the socialist minister, made last Wednesday during a rally of activists from the Brussels Federation of the PS and reported on Monday by La Libre Belgique, were coldly received by Ecolo and the MR, in addition to the members of the federal majority. Concerning Beliris, Karine Lalieux thus spoke of an “investment envelope” with which she “pleases all the municipalities and in particular, obviously, the socialist municipalities”.

“I talked about Beliris and I emphasised projects carried out by socialist municipalities, because the context was that of a socialist public. But projects are in almost all the municipalities of Brussels fortunately. The formula I used was clumsy… I expressed my thoughts badly, which may rightly have offended the readers of the article. Obviously I do not ‘please’ the socialist municipalities via Beliris. On the other hand, yes, it’s a skill that makes me happy, as a proud Brussels resident, because it allows me to work with my federal colleagues and the Brussels government to promote our capital and this Region that I love so much, from north to south, from east to west“, commented at the end of the day the minister in charge of Beliris, in a reaction communicated to the Belga agency.

Karine Lalieux said she regretted seeing that some could accuse her of “clientelism” based on an unfortunate wording, and that parties who know the project selection procedure very well, “can lead people to believe something so false”. She recalled that the projects carried out by the municipalities and the Brussels Region are selected by the Brussels government.

According to her, the federal government agrees more specifically on projects of a federal nature (museums, Cinquantenaire, royal greenhouses, etc.). Everything is submitted for approval to the cooperation committee made up of all the parties, this committee also monitoring the projects.

“The project selection procedure is therefore completely transparent. Each step is validated by representatives of the two governments. Patronage, which I abhor at the highest point, therefore has no place and never will. This controversy should not overshadow everything that the Beliris teams have done for 30 years and are doing on the ground for our capital,” she concluded.