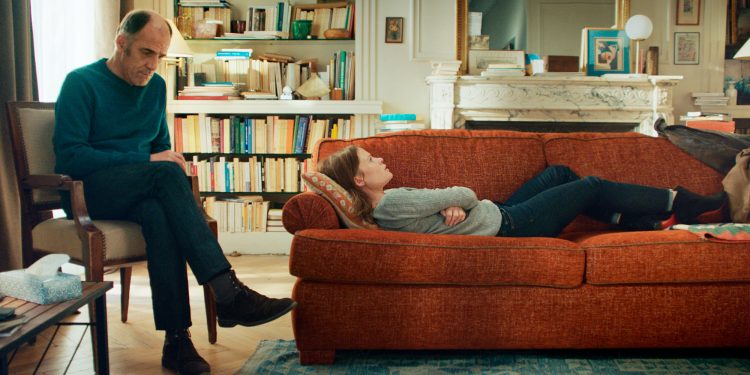 The French drama En thérapie focusing on relationships in psychotherapy is the latest experimentation with a storyline successfully tested in Israel, US and Italy.

Rome (Brussels Morning) With frustration, curiosity and hope I have consciously and subsconsciously enacted the role of the flawed and submissive patient. In this fruitless quest for the right analytical experience, I have been torn in the quest for the most suitable psychological therapy: Jungian, behaviorist, gestalt.

I finally came to a bitter conclusion: there is no perfect patient because there is no perfect psychologist. A human being cannot delegate to one’s therapist the enormous responsibility of a rapid and definitive cure; nor to expect him to manage, let alone solve, problems or uncomfortable situations. This reality comes to live in the recent En thérapie series, which is aired with enormous success in France, and is available on ARTE.fr channel until the end of July.

In reality, the serial drama is the mature fruition of numerous re-adaptations of a well-established format dating back to 2005.

The manipulations of the format: from melodrama to success

The original BeTipul series, hugely popular in Israel, but much better known internationally for its sublime American version In Treatment, starring an outstanding Gabriel Byrne as a therapist, has undergone slight but substantial manipulations over the years, while keeping a clear and simplified plot.The perfect recipe for success is ordinary but successful, and the déjà-vu impression surprisingly incredible: just as in the Italian version aired in 2013, the French producers and directors have relied on an absolutely exceptional native cast, which alone is able to support the intensity of thirty-five episodes of about 30 minutes each, multiplied in some cases for more than one season.

In treatment, US version (credit: The New York Times)

The five patients who come every day to the Parisian cabinet of the Freudian Dr. Philippe Dayan (the charming and convincing Frédéric Pierrot) are almost banal patients in their ‘abnormality’: there is a beautiful, young and tormented surgeon, in full love transference with her analyst; a young parental couple poised between separation and rebuilding their relationship; an adolescent with supposed suicidal and self-harming instincts; a rough special forces policeman of Algerian origin who has repressed a painful and unmentionable past.
The analyst’s Parisian consulting room is located, not casually, in Boulevard Voltaire, right opposite the Bataclan, and the sessions take place in the days following the atrocious attacks, in November 2015, linking indissolubly characters’ destinies.

Then there is a sixth patient, perhaps the most important: it is the same placid analyst, who finds himself expressing his frustrations in the office of his former colleague and friend, an intense Carole Bouquet, who in her own way is entrapped in a personal and professional crisis. A parallel scenario develops in which the controller of other people’s feelings becomes an uncontrollable and irascible psychological subject; the mild and thoughtful Philippe actually begins to resent his patients and his work, has an unsatisfactory family life and seems to ardently resciprocate the love transference that the surgeon has thrown at him.

From the first session and throughout the therapy, the feeling of anxiety, anguish, hesitation, shame and silence grows, reflecting like a pitiless mirror the interdependent existence of patients and their analyst. The virtue of the French series, which took advantage of the previous international versions and possibly improved them, lies in the elegance of the screenplay, which loses the pathetic and melodramatic component of the original Israeli version and the artifact anglophile coldness of the Italian one (with Saverio Costanzo behind the camera).

Eric Toledano and Olivier Nakache’s intelligent adaptation also shows a skilful balance in handling the theme of the terrorist attacks and collective trauma, without the subject devouring the story or the characters, who instead maintain their own narrative autonomy.

Each session becomes an authentic theatre play, played out on the edge of emotions, in which the complexity of human imperfection seems to struggle with the invariable classifications ‘imposed’ by the sedimented and merciless rules of psychotherapy.