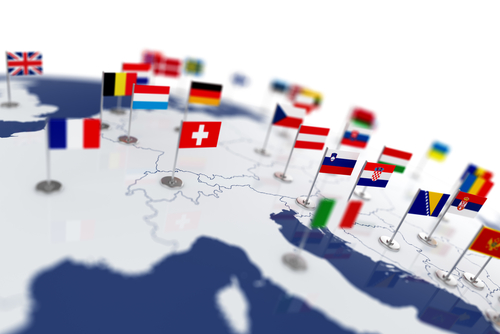 To learn about strategic autonomy, Europe should learn its lessons from Croatia, writes Zelijana Zovko. MEP.

Brussels (Brussels Morning) The debate on Europe’s strategic autonomy, rekindled last month by President Macron at the Munich security conference, can benefit from attending to the EU’s newest member state of Croatia, because for us it is not an academic exercise but living memory. We had to build our autonomy at great expense and risk, and the experience holds vital lessons for today’s Europe.

The first of these is cautionary: a misguided attempt at strategic autonomy can end badly. I was born in Mostar, Bosnia and Herzegovina, in what used to be Yugoslavia. The cornerstone of Yugoslavia’s strategy was non-alignment and independence from NATO and the Warsaw Pact. It worked — we had one of the largest armed forces in Europe  — but did not stop us from falling apart and did not protect us once the Milosevic regime began its campaign of ethnic cleansing.

The lesson is clear: strategic autonomy is important but insufficient. A sound social compact, based on democracy and equal respect for all, not only at the level of the individual but also of the community, are necessary. Yugoslavia did not have that. The EU does, but it can do better.

We have democracy, but too many Europeans feel disenfranchised and unrepresented. It does no good to explain to them that the “democratic deficit” is a myth. We should listen to our voters before trying to teach them. The Conference on the Future of Europe, which had its sendoff today [March 10] is just one such mechanism.

We have formal equality within the EU, but too often observers don’t look beyond the Berlin-Paris duo. Smaller, quieter voices in our European chorus can easily be drowned out, even when they have the most to say.

This is not a new insight; it was plain to George Kennan already in 1946. He called it “the point at which domestic and foreign policies meet. Every courageous and incisive measure to solve internal problems of our own society, to improve self-confidence, discipline, morale and community spirit of our own people, is a diplomatic victory … worth a thousand diplomatic notes and joint communiqués”.

The second lesson we learned is that strategic autonomy is a precondition for, rather than an alternative to, alliances.

In 1991, Milosevic’s forces occupied and ethnically cleansed a third of Croatia; the next year they did the same to our neighbour, Bosnia and Herzegovina. At first, we hoped our friends in the international community would help us. Yet UN peacekeepers failed to return our people to their homes or even prevent further assaults, such as the rocket attack on Zagreb’s city center in May 1995. We had no choice but to build an army to defend ourselves.

By the summer of 1995 we were ready. Alarmed by a looming humanitarian catastrophe in Bosnia’s Bihać pocket, a UN “safe area” about to fall to surrounding Serb forces, then President Tudjman ordered our forces into action, over the objections of our allies. In four days, we took back most of our land and relieved the siege of Bihać.

Once it was clear that Croatia was committed, allies began to appear. The U.S. offered covert intelligence and other help; over the coming weeks and months NATO air power struck Serb targets throughout Bosnia and Herzegovina. Together we paved the road to Dayton and ended the war. Two years later, we peacefully reintegrated the last occupied region in Croatia – Eastern Slavonia and the demolished city of Vukovar.

This lesson is already honored in the EU’s working definition of strategic autonomy: “the capacity to act autonomously when and where necessary and with partners whenever possible”. Yet it is often misunderstood and seen as an alternative to NATO or a move away from the American partnership. Such a framing is askew. NATO and the American security umbrella will only survive if Europe shoulders more of the burden and builds an autonomous capacity. If it fails, the U.S. will inevitably pull away from providing at its own expense for the defense of allies who do not see their security as worth the price.

The Covid pandemic teaches a third lesson: strategic autonomy means not only having the right assets, but also being able to use them effectively. The capacity to act is as much the capacity to make decisions as it is to implement them. Before last year, few would have thought Europe lacked the capacity to defend its public health — that we lacked strategic autonomy in health, in other words. And yet it turns out we did. We were not able to act perfectly on time. The lessons of how and why we came up short on high expectations to protect ourselves and then to vaccinate our people as quickly as possible are not yet clearly visible, but we need to learn from these mistakes and avoid them in future.

Josep Borrell observed in a recent blog post that strategic autonomy was “a process of political survival” for the EU, because without it, claims to be a political union or a global power would ring hollow; without it we risk becoming irrelevant. He also noted the concept rightly applies to a wide range of issues. Power comes in many forms and fortunately, Europe already has reserves of soft power it can and should deploy immediately.

One of these is its diversity. For every challenge in our neighborhood, from Russia to the Balkans, from the Middle East to North Africa, the EU contains member states that know about them from long experience. And we have large European populations whose roots lie in those places. No one is better placed to exert soft power in our neighborhood.

Europe should encourage and empower its smaller member states to take a leading role in addressing challenges within their special expertise. They are often the most directly affected and have the most at stake, which concentrates minds.

My own country of Croatia has been shy since 1995 about asserting itself but is well placed today to play a constructive role in promoting change throughout the Western Balkans. Zagreb may be able to bring the Bosnian Serb leader Milorad Dodik, a one-time liberal turned nationalist who has repeatedly threatened to secede, back to the western fold. Dodik is clearly comfortable speaking to Zagreb. His Republika Srpska’s longest borders are with Croatia, which is also Bosnia’s most important trading partner and the region’s largest economy. As it stands, Dodik’s main interlocutor is Vladimir Putin; better he also communicates with Croatian Prime Minister Plenkovic.

With its several EU partners, Zagreb is now also promoting a new election law that can go far in stabilizing Bosnia and Herzegovina’s politics. The election law needs to be updated to comply with for rulings by the Constitutional Court and the European Court of Human Rights, and move the country “from Dayton to Brussels”, as Heiko Maas told his Bosnian counterpart Bisera Turkovic on 9 March. Most importantly, the election update needs to re-enfranchise the third constituent community in the country. Historically, Bosnia and Herzegovina has struggled when its Croats have been excluded from its political institutions as they consistently played a middle path role between two extremisms prevailing in the country then and now: separatism and centralism.

Likewise, the Baltic nations and Poland have much to offer — and much at stake — in Europe’s fraught relationship with Russia. Greece and Cyprus, Malta, Spain, Italy and France all have distinct perspectives on Mediterranean issues, from migration to Turkish claims on maritime oil reserves.

Taking leadership within the EU means to some extent setting aside each country’s particular interests. The EU as a whole should not endorse any one member state’s views, as that would invite pushback. Rather, the nearest and most experienced member states should lead a genuinely common and European approach, tailoring it and as it were interpreting to local circumstances and audiences.

Croatia is also an example of Europe’s openness and respect for diversity, which are another key source of soft power. My own career is proof: I am a Herzegovenian, a Croatian, and a European. And I am far from alone: I am not even the first person from Bosnia and Herzegovina to serve on the European Parliament’s foreign affairs committee. That would be Anna Ibrisagic, from Sanski Most, by way of Sweden’s Moderate Party. Another young Bosnian woman served as a minister in Sweden, just as Tuzla’s Alma Zadic is now Austria’s justice minister. There is no better proof of Europe’s openness than this: we are not just inside the EU; we are leading it.

Just as Europe is home to a diverse community of nations, it is also expert at empowering and enfranchising minorities without destabilizing their states. This has brought not only peace but also prosperity to regions that were in the past exposed to violent conflict, ranging from Spain’s Basque country to Italy’s South Tyrol, Switzerland’s Jura Canton, and Belgium’s provinces and language communities. These models took many years and much renegotiation to build, and Europe should promote that hard-won wisdom wherever it can help, starting in the Western Balkans.

By taking these steps, Europe can leverage its soft power immediately, while building up its hard power over time, as it must do. An inclusive approach is especially important as it is likely that if a crisis does come, it will not be a challenge to “Europe” itself, as a whole. Rather, rivals and events are more likely to affect the smaller, more vulnerable countries of the southern and eastern periphery. By acting as one now, Europe can make it clear that such challenges will not succeed by hearing them out and empowering them to be autonomous on peace and security.