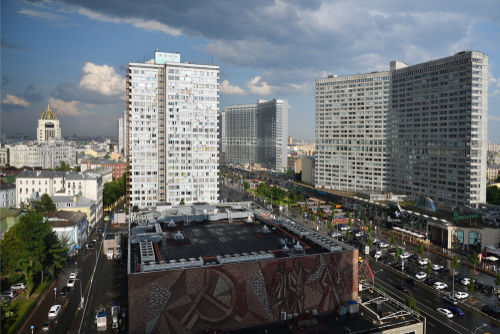 The new law could come into force in the coming weeks and give Moscow the authority to seize the companies to protect jobs and the economy, according to Reuters reported on Thursday.

The move will make it more difficult for companies from unfriendly countries to pull out of Russia without a severe financial hit and follows an exodus of large companies from the EU and the US.

Raiffeisen noted that it was looking into all options, while IKEA said it was keeping a close eye on developments.

Under proposed new rules, Moscow will have the authority to appoint administrators to companies from unfriendly countries that try to pull out of Russia.

Moscow would be able to intervene in companies with at least 25% foreign ownership from unfriendly countries. State-appointed administrators would have the authority to sell the seized business and former owners would not be allowed to do business in Russia.

The Russian Ministry of Economic Development stressed that it would intervene only in “critical cases” to protect jobs and important products including medicines, energy, and more.

The European Commission proposed tougher measures against Russia on Wednesday, according to which violation of sanctions against Moscow would be treated as a criminal offense.

The move would allow EU member states to seize the assets of individuals and companies that try to bypass the sanctions.

Ulf Schneider, who consults international companies operating in Russia, pointed out that he and other consultants are preparing proposals that would allow companies to give control to trustees of their choice.

He pointed out that the move would allow companies to distance themselves from Russia while showing the country that they are not neglecting their businesses there.

“A sale is an option, but the conditions for a sale are not good,” he noted.

Tags: Main-SliderMoscow is drawing up new regulations in preparation
No Result
View All Result