War on Ukraine has just begun 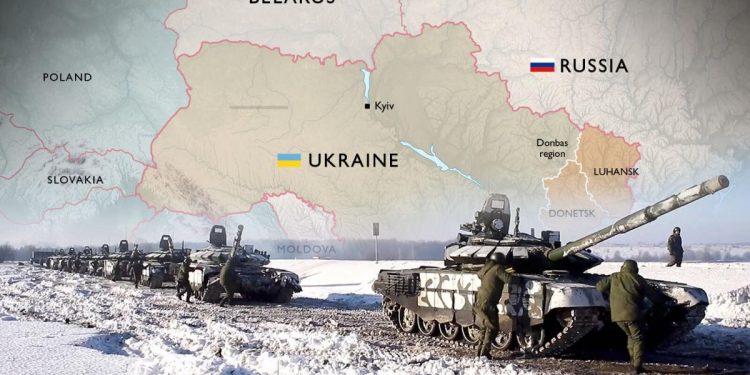 Belgium, (Brussels Morning Newspaper) Russia launched this morning full-scale military attack against Ukraine including the capital Kiev. The attack targeted many cities across the Country where Russia used heavy air and land attacks. NATO has not issued any positions so far.

President Putin has justified the offensive operation by claiming Ukraine is acquiring nuclear weapons. While Ukraine has never said that it is seeking nuclear weapons, Putin claimed the situation required immediate action in order to protect civilians in the newly Russian recognised provinces in east Ukraine. He also said he had to act quickly to prevent the junta from regaining control in Kyiv. In the meantime, the president of the United Nations called on all world leaders to condemn Russia’s actions and hold them accountable.

As for the future of the war in Ukraine, it is unclear whether Putin will send his forces to Kyiv and other capital cities. But if he does, it would probably be more effective to send troops directly to the capital, which is where most Ukrainian combat forces are located. The Kremlin’s move could effectively cut off Ukrainian ground troops without occupying the major cities. In addition, Russian troops could easily outflank Ukrainian troops and seize weapons and equipment.

The United States has expressed support for Ukraine.  President Biden, said that the world would hold Russia accountable for the actions taken in Ukraine. The attacks began Saturday with explosions in the city of Donetsk, which is Ukraine’s second largest city. The explosions were reported minutes after Russian President Vladimir V. Putin declared the beginning of a “special military operation” in the region. The U.S., however, has condemned the attacks and warned of further action.

The Russian military has been invading eastern Ukraine and claiming it is not occupying the country. While the country’s government says it does not intend to occupy its territory, military operations are occurring near a large region of separatists in the eastern Ukraine. Despite this, there is no indication that Russia will occupy the country. The only way to know for sure is to wait.

The Russian military has launched a major military assault on Ukraine. The country’s president declared martial law and said that “we will defend ourselves” if Russia invades our nation. A former US ambassador to the OSCE and NATO, Dan Baer has accused Russia of interfering with the country’s internal affairs. He noted that the war is a proxy war. A proxy army has the right to defend itself.

In the aftermath of the recent conflict in eastern Ukraine, Russia has requested military support from Moscow in order to repel the Ukrainian aggression and avoid civilian casualties. A statement released by the Russian military ministry says that it is not conducting strikes against Ukrainian cities. Instead, it is destroying military infrastructure, air defense systems, and infrastructure in Ukraine. Meanwhile, European natural gas futures have jumped by 31 percent on Thursday morning.

Tags: FeaturedMain-Sliderrussia begins war against UkraineWar on Ukraine
No Result
View All Result