US pressuring Turkey to secure NATO accession for Finland and Sweden 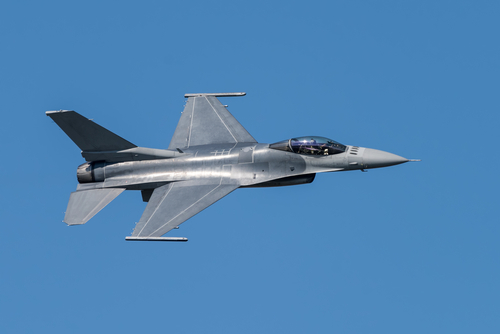 Belgium (Brussels Morning Newspaper) The US will likely tie the planned sale of F-16 fighter jets to Turkey to Ankara’s ratification of NATO accession for Finland and Sweden, hoping to put pressure on the Turkish Prime Minister Recep Tayyip Erdoğan to greenlight the latest NATO expansion ahead of the alliance summit in July.

The relations between Washington and Ankara have become strained in recent years, with the US kicking Turkey out of the F-35 programme over Erdoğan’s insistence on procuring the S-400 air defence systems from Russia. The US objected to the Turkish purchase of Russian technology, stressing that the air defence systems are “not compatible” with the F-35 – the main reason being the fear that Russia could access radar tracking data on the US’ latest fighter jet.

Erdoğan’s ties to both NATO and Russia became tested further as Russian President Vladimir Putin ordered the invasion of Ukraine, with Ankara attempting to walk a fine line between both sides, offering its services as a mediator in negotiations between Ukraine and Russia.

After losing access to the F-35 programme, Turkey was left without options to modernise its air force, and hoped to purchase some 40 new F-16 jets, as well as upgrade additional 80 planes from its current fleet of more than 240 older F-16 models.

This sale now appears to be tied to Ankara’s ratification of Sweden’s and Finland’s NATO accession, which Erdoğan has been postponing, presenting a range of demands to Sweden and Finland.

Erdoğan is accusing Sweden and Finland of “harbouring militants” – figures from the Kurdistan Workers’ Party (PKK), which is outlawed in Turkey as a terrorist organisation. Nearly all of the 30 NATO members have now ratified the two countries’ accession treaty, save for Turkey and Hungary, which has promised to do so in February.

The sale of new F-16 jets to Turkey is currently in its informal review process stage, but will ultimately have to be approved by Congress before Ankara will get any new aeroplanes. This week, several members of the Congress hinted that the deal will have no chance of passing until Turkey lets Sweden and Finland into NATO. Others also appeared concerned about the deteriorating civil liberties and the rule of law in the country.

Turkish Foreign Minister Mevlüt Çavuşoğlu arrived in Washington on Wednesday for a rare meeting with his US counterpart, Antony Blinken, in an apparent attempt to smooth over the current issues plaguing the relations between Washington and Ankara.

Other than ratification of NATO expansion, Çavuşoğlu and Blinken are also likely to discuss Turkish involvement in northern Syria, where Ankara’s forces have clashed with Kurdish troops backed by Washington, in effect helping the regime of Bashar al-Assad.

The Greek media report that Ankara feels under pressure to preserve the balance of power with its regional rival, Greece, as tensions are brewing over maritime demarcation between the two countries. Greece has recently closed a deal for the purchase of 14 Dassault Rafale F3R jets from France and is upgrading the majority of its F-16 fleet to the latest Block 72 Viper standard.

Greek Prime Minister Kyriakos Mitsotakis also expressed interest to purchase at least one squadron of F-35 jets, with an option of a second squadron on the table, which would leave the Turkish Air Force woefully behind in air power compared to its Hellenic counterpart.