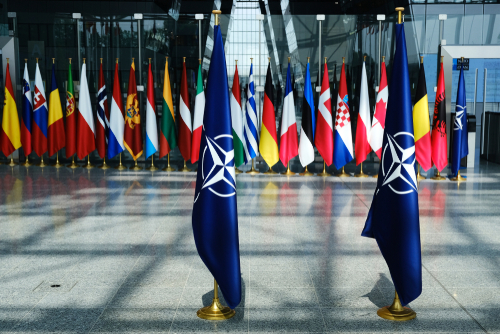 Belgium (Brussels Morning Newspaper) Turkish President Recep Tayyip Erdoğan seemingly shut the door on Swedish NATO accession on Monday following a Koran-burning protest in Stockholm during the weekend, even as the US State Department stated on Monday both Sweden and Finland are ready to join the alliance.

“Those who allow such blasphemy in front of our embassy can no longer expect our support for their NATO membership,” Erdoğan said on Monday after a government meeting. “If you love members of terrorist organisations and enemies of Islam so much and protect them, then we advise you to seek their support for your countries’ security.”

After decades of neutrality, Sweden and Finland applied to join NATO following the Russian invasion of Ukraine in February last year, with the alliance fast-tracking the two countries’ accession process. Out of 30 NATO member countries, 28 have already ratified Finland’s and Sweden’s accession, with only Hungary and Turkey delaying the move.

Hungary, which has recently been opposing further EU sanctions on Russia, has nevertheless promised to conclude the ratification process in February, which would leave Ankara as the sole holdout stopping the accession of the two countries into the alliance.

Erdoğan demanded a series of concessions from both Sweden and Finland in return for accepting the countries into the alliance, which requires unanimous approval of all current members to expand. Most Turkish demands dealt with ethnic Kurds living in the two countries with possible ties to the Kurdistan Workers’ Party (PKK), which Ankara considers a terrorist organisation.

At a protest in Stockholm on Saturday, led by far-right Hard Line party head Rasmus Paludan, the protesters burned a copy of Koran, saying in a release that the protest was held in opposition to Erdoğan and “his attempt to influence freedom of expression in Sweden”. A separate protest expressed support for the Kurds and opposed the Swedish NATO bid.

Following Erdoğan’s remarks that Sweden can no longer count on Turkish support for its accession to NATO, State Department spokesman Ned Price stressed that both Finland and Sweden are ready to join the alliance, while conceding that the book burning was a disrespectful act. “Something can be lawful but awful,” noted Price.

Swedish Foreign Minister Tobias Billstrom did not comment on Erdoğan’s statements, saying he first wanted to understand exactly what had been said by the Turkish president. “But Sweden will respect the agreement that exists between Sweden, Finland and Turkey regarding our NATO membership,” stressed Billstrom.