Russia to work with UN to unblock fertiliser stuck in EU 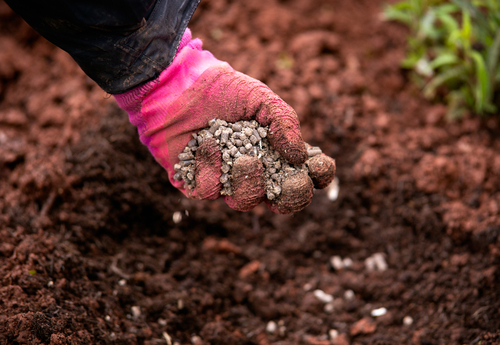 Speaking at a televised meeting with Belarusian-Russian oligarch Dmitry Mazepin on Wednesday, Putin added that he would ask Russian officials to work towards resuming ammonia exports via Ukraine, according to Reuters reporting.

Mazepin has come under EU sanctions in March, after which he gave up control of Uralchem-Uralkali fertilizer manufacturer.

“The main problem was probably the fact that quite a lot of fertilizer was frozen in European ports,” Mazepin pointed out at the meeting.

He noted that 262,000 tonnes of the company’s fertilizer were stuck in Belgian, Dutch, Estonian, and Latvian ports, adding that approximately 150,000 tonnes of fertilizer produced by Acron Group and EuroChem are frozen in Europe as well.

The fertilizer is stuck due to EU sanctions on former owners of the companies in question.

Earlier this month, Uralchem announced that it reached an agreement with Belgian, Dutch, and Estonian authorities to deliver the stuck shipments to African countries for free.

However, Putin stressed that fertilizer donations were still blocked and announced he would call on Russian officials to help unblock the shipments. He pointed out that several African leaders contacted him and expressed concern over the issue.

Importance of helping the needy

“All the time we are talking about the need to help the poorest countries and on issues completely unrelated to food security,” Putin reminded and added, “even donations are blocked… it is totally unacceptable, but it is happening.”

At the meeting, Mazepin asked Putin to help resume exports of Russian ammonia via a pipeline through Ukraine. Ammonia is used in fertilizer production.

Ammonia export was not included in the grain export deal that was renewed last week, allowing Ukraine to export its grains through Black Sea ports.

The UN expressed hope that Russia and Ukraine would reach an agreement on ammonia export via the pipeline.

“We had hoped that when there was a continuation of the grain deal, which was recently made, this issue would also be resolved,” Mazepin noted and added, “but I would like to report to you that the Ukrainian side puts forward a number of political issues that are outside our competence.”

Ukrainian President Volodymyr Zelenskyy announced in September that he would allow ammonia exports via the pipeline only if Russia releases prisoners of war, which Moscow rejected.