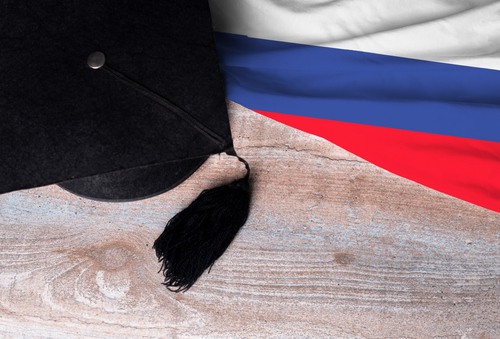 Belgium, (Brussels Morning Newspaper) EU rules discriminate against Russian students and could force some to end their studies, but universities are unwilling to enforce them.

Authorities in the Czech Republic pointed out that EU sanctions against Russia do not allow those in the bloc to provide technical assistance to individuals and organizations from Russia, according to DW reporting.

Radka Wildová, Deputy Education Minister, warned in a memo to universities that supporting applied research or providing higher education to people from Russia could be in breach of EU rules.

Universities in the Czech Republic are largely autonomous when it comes to decisions making and authorities can only recommend discrimination against Russian students.

Lucie Orgoníková, Czech Technical University in Prague (CTU) Chancellor, noted that roughly 800 of its 17,000 or so students are from Russia.

“We are trying to find a way to comply with the sanctions and at the same time enable Russian students to continue their studies,” she pointed out and added, “we want at all costs to avoid students being forced to return to Russia because of the sanctions.”

According to EU rules, people from Russia could be prevented from studying aviation and cybernetics, among others.

The CTU called on students from Russia who study technical subjects to send a letter denouncing the war in Ukraine in order to apply for an exemption to continue their studies.

Orgoníková pointed out that “this was not a condition for making an exception, just one of the options.”

One Russian CTU student pointed out that he does not support the war in Ukraine, but feels “uncomfortable being discriminated against just because of the passport I hold.”

Another Russian student noted that many of his peers “fear their letter could be leaked and that the Russian government will persecute them as well as their relatives in Russia – just like the relatives of opposition figures who have gone into exile.”

“This is a step in the right direction, Russians need to feel the consequences of their government’s actions,” she stated and added that discriminating against Russian citizens will weaken Russia’s military.

“So we should not provide Russians with comfortable accommodation or educate them because it could be used against us today, or sometime in the future,” she concluded.