200 recommendations for the fight against discrimination in Brussels 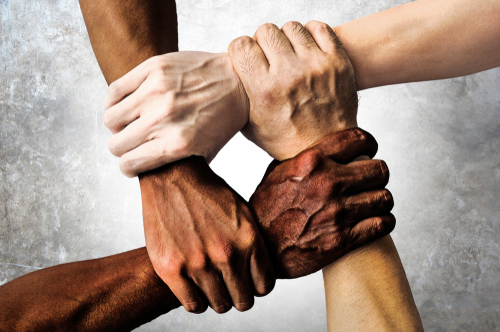 Brussels (Brussels Morning)In April 2021, the assizes against racism started, a series of conversations with politicians and civil society organizations about the state of affairs regarding discrimination and racism in Brussels. For the first time, broad hearings (more than 35) were held in the Brussels Parliament on difficulties experienced by Brussels residents of various origins in various domains, from employment and housing, health and access to services, mobility, spatial planning to prevention and security.

At the request of State Secretary Nawal Ben Hamou (PS), the Equal Opportunities Committee set to work with the recommendations from civil society and put them together in a report. It contains more than two hundred recommendations.

As some notable proposals, the report states that access to training for undocumented migrants should be made easier. The report also includes changes to the current procedures for the assimilation of foreign diplomas and to make them free of charge. Supervision of real-world housing market tests needs to be improved.

The recommendations are to serve the Brussels anti-discrimination code. “The increase in the number of provisions over the years has made them difficult to understand and apply, making them much less effective,” Ben Hamou said earlier, according to a report by BRUZZ. “My objective is twofold: that this uniform code ultimately leads to better protection of the fundamental rights of all Brussels residents, and that Brussels residents also know their fundamental rights better thanks to this code.”

“The parliament is one of the places where the functioning of our society must be questioned,” reflects Rachid Madrane (PS), president of the Brussels Parliament, at the assizes.

“It was therefore clear that we had to deal with racism, anti-Semitism, and discrimination, issues that are still topical for a small metropolis like Brussels, where 184 different nationalities live together. After the extensive hearings, we have an inventory and a series of recommendations of civil society that will serve as a basis for further reflection.”

In addition to the Brussels Code, the guidelines must also be included in a broader perspective. In the Interministerial Conference to combat racism (with ministers from other parts of the country, ed.) Brussels politicians will certainly bring it up. The aim of this conference is to fulfill the agreement entered into by Belgium in 2001 in Durban, South Africa, to present an inter-federal plan of action against racism and racial discrimination.

The Assizes against Racism stems from the fortieth anniversary of the Anti-Racism Act, also known as the Moureaux Act.