Novavax vaccine greenlit for use in Belgium 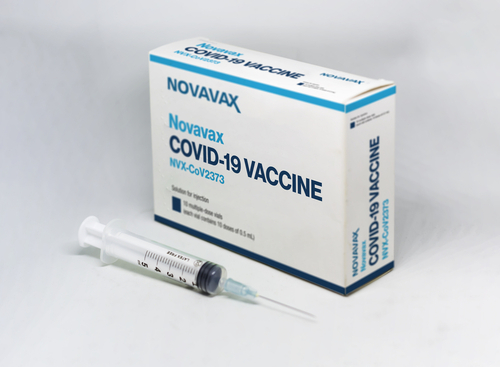 Gaithersburg, MA, USA, february 5th 2021: A syringe next to the Novavax Covid-19 vaccine box isolated on a white background. Health and prevention.

Brussels (Brussels Morning)Health ministers have given the green light to use Novavax’s Nuvaxovid vaccine as an alternative for people who have not yet been vaccinated. This primarily concerns people with a high risk of allergic reactions to the available vaccines or people who had side effects after a first vaccination against Covid-19.

This was reported by the Interministerial Conference (IMC) for Public Health on Wednesday. Nuvaxovid is the vaccine from the American Novavax. The vaccine received the green light from the European Medicines Agency (EMA) in December 2021. This made it the fifth vaccine to be approved in Europe.

Nuvaxovid is a so-called protein vaccine that works differently from the mRNA vaccines from Pfizer and Moderna. It contains small particles that mimic the spike protein of the coronavirus, against which the body makes antibodies. The primary vaccination course with Nuvaxovid consists of two doses administered at least three weeks apart.

The health ministers have now decided to use Novavax as an alternative vaccine. Primarily, it will target an estimated 3,000 people who have not yet been vaccinated because they were at high risk of allergic reactions to the components of the previously used vaccines and people who have experienced serious side effects after being vaccinated with those previous vaccines.

Because this concerns a limited group, the federal states can also offer the vaccine to other groups, according to the first come, first served principle. “This may include unvaccinated healthcare workers and individuals who have developed a phobia against the other vaccines, whose efficacy and safety have been extensively scientifically proven,” the IMC reports. The intention is to use the BruVax and QVax registration platforms.

From the second half of February 2022, 510,000 doses of Nuvaxovid will be delivered in our country, spread over the months of February and March. With this delivery, up to 170,000 people can be vaccinated. “We are anticipating that these people will also need a booster in the future, and are awaiting further scientific data for this,” it said according to a report by BRUZZ.