European Commission: “Europe has a duty to protect its minorities from racism and discrimination” 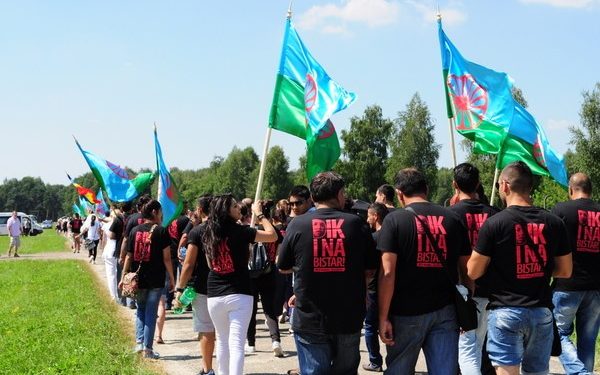 On the occasion of the Roma Holocaust Memorial Day today (2 August), the European Commission issued a statement that the Roma, who have been part of European societies for centuries, continue to face discrimination on the basis of their ethnic origin.

The day was chosen by the European Parliament in 2015 in memory of the more than 4,000 Roma women, children and elderly people that were murdered in the gas chambers at Auschwitz-Birkenau on 2 August 1944. They were among the hundreds of thousands of victims of the Roma genocide under the Nazi-German regime during WII.

“Today, we pay tribute to the hundreds of thousands of Roma victims of the Holocaust. We consider it a moral duty to acknowledge and remember all those who suffered under the Nazi regime: among those people were the Roma.” The statement was issued by Commission President von der Leyen, Vice-President Jourová for Values and Transparency, and Commissioner Dalli for Equality.

“Remembering their persecution reminds us of the need to tackle the challenges they still face today and which are too often overlooked,” the statement says.

“Europe has a duty to protect its minorities from racism and discrimination. We must replace anti-gypsyism with openness and acceptance, hate speech and hate crime with tolerance and respect for human dignity, and bullying with education about the Holocaust. Above all, we must promote diversity as a wonderful gift that makes Europe strong and resilient.”

In the statement, the Commission also paid respect to the memory of Raymond Gurême , a historical figure of the French Roma community, who survived the war and passed away this year, on 24 May, aged 94. Gurême was interviewed by The Brussels Times in 2015 after he had been physically assaulted by a French policeman.

Asked if things had changed to the better for Roma in France after the war, he replied, “No, on the contrary, things are getting worse all the time.” He said that police brutality can happen to everyone, not only to Roma.

“But people belonging to minority groups are more vulnerable. We need the police to protect us and fight crime – but they should do their job properly within the law and without using excessive force which cannot be justified.”

Another survivor, Peter Höllenreiner, who passed away last week, left behind a message for the world and the Roma community. After the war, he removed the prisoner number tattooed on his forearm in Auschwitz. However, a few years later, he decided to have it reinstate it as a protest against the racism that Roma are still facing today.

Though over 500,000 of Europe’s Roma and Sinti were murdered by the Nazis and their collaborators during WWII, it remains a little-known fact. Survivors struggled to get recognition and compensation for the persecution they experienced.  Professor Eve Rosenhaft, University of Liverpool, a historian of modern Germany, describes the genocide against the Roma as “the forgotten Holocaust”.

“What we urgently need today,” says Zeljko Jovanovic, Director of the Open Society Roma Initiatives Office, “is to ensure that schools and universities teach about Roma genocide, how it happened as a result of racism and fascism against Roma.”

In a recent op-ed, European Roma Grassroots Organisations Network (ERGO issued a list of recommendations to the European Commission to take into account in its Action Plan for the integration of Roma in the EU.