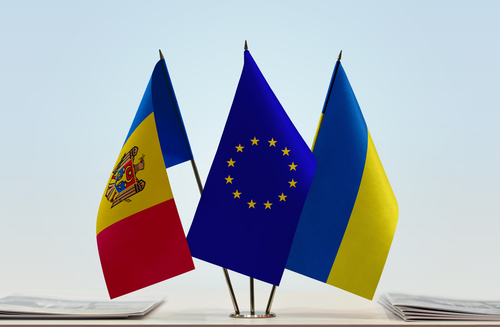 Belgium, (Brussels Morning Newspaper) As the European Parliament Standing Rapporteur for Humanitarian Aid, I had the opportunity to chair the three-day Development Committee Mission to Moldova.

The objective of the mission was not only to see first-hand how the projects funded by the EU for the reception of refugees are being implemented but also to assess the situation of refugees arriving and staying in the country following the Russian invasion of Ukraine. Once on the ground, we visited several temporary accommodation centres, where we met with representatives from national bodies, as well as the UNHCR, UNICEF, and NGO partners.

Later, we drove to the Palanca border crossing point, just under 60 kilometres from the besieged city of Odessa. There we met with border authorities and representatives of the international organisations, such as UNHCR, and NGOs who closely work with the Moldovan authorities and local NGOs to provide immediate assistance to refugees crossing the border.

The enormous effort the country is making is remarkable. Particularly in view of the delicate situation, it is experiencing. The European solidarity we all share should not overlook the fact that the reception of Ukrainians is adding to other crises in Moldova. The devastating impact of the war on the Moldovan economy, with disrupted supply chains and rapidly rising fuel and food prices, is exacerbating the agricultural and energy crises in the country. Not to mention the consequences of the COVID-19 health crisis; a pandemic from which not all countries are recovering in unison, and which must remain a cause for concern. From Moldova to Afghanistan.

The war is putting at risk not only Moldova’s sovereignty and independence but also its political, economic and financial stability. Being the country most affected by the war outside Ukraine, Moldova is facing a major humanitarian crisis with more than 470.000 Ukrainian refugees transiting through the country, of which over 90.000 remain in the country (22 May figures).

Moldova is putting its resources under enormous strain. The government headed by Maia Sandu has a heavy responsibility ahead of it to mitigate the impact of the war. Furthermore, both the Russian military presence in the breakaway region of Transnistria and the military actions in Ukraine near Moldova’s borders are also of great concern to the government and the EU. Added to this is our concern over the trafficking of women and children, in a territory where Moldova is having difficulties in controlling and maintaining the transparency of information.

After more than 120 days, this terrible and unjustified aggression has forced more than 14 million people to leave their homes; 5 million have crossed the borders into Moldova, Romania, Poland, Slovakia or Hungary (UNHCR sources). By June 16th, the cumulative number of crossings from Ukraine into neighbouring countries had reached 7.7 million. But the tally for the other direction comes to 2.6 million, suggesting that up to a third of those who left may be going home (UNHCR sources).

There has been an unprecedented mobilization of funds in budgetary terms, and in record time: around 4.1 billion euros to support economic, social and financial resilience were mobilized. In addition to other aid programmes, 13 million euros have been channelled into humanitarian aid for Moldova alone, providing food, water, health care and shelter.

We have a clear funding problem. Despite high levels of contributions this year, only 46,2% of the needs were covered in 2021, which means an amount of 17.3 billion dollars of unmet requirements (source: Financial Tracking Service, OCHA, “Appeals and response plans 2021”).

This humanitarian crisis, like many others, has a marked gender bias: most of those fleeing are women and children. Moreover, according to Ukraine’s authorities sources, there are an estimated 200.000 vulnerable children in orphanages and foster homes in Ukraine that we still do not know where they are. Thousands are unaccounted for and some may already have fallen prey to human traffickers. This is perhaps the worst horror of this war. For this reason, we had fervently reiterated on many occasions to the Commission to enhance the anti-trafficking plan and the EU Platform for Registration contained in the 10 Point Plan to help Ukraine, specifically for vulnerable children.

We must continue supporting countries that receive a large influx of migrants. We need to open new channels of funding for humanitarian aid, implement mechanisms for accountability and monitoring of donors, providing more transparency, as the main NGOs had requested us.

Moldova has shown an admirable generosity to, and solidarity with, Ukrainian refugees. We welcome the humanitarian assistance provided by the EU while noting that we need to consider the medium- and longer-term needs. The EU needs to support capacity-building for local actors and the Moldovan government to encourage stability and sustainable development in the country.