Emotion of the art releases lineup for the Belgian film festival 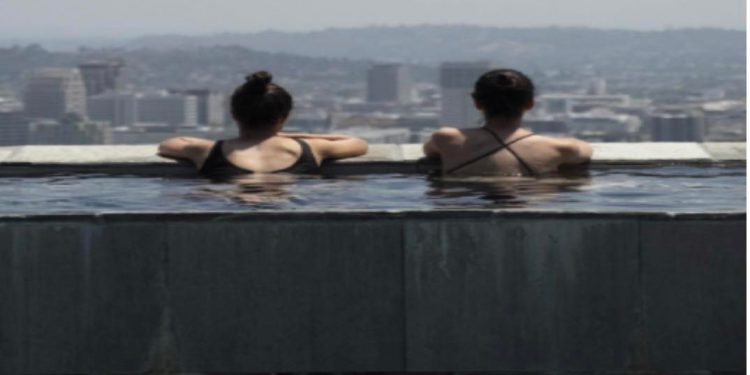 Emotion of the art releases lineup for the Belgian film festival

Rome (Brussels Morning) Never before as today, tactile desire has been so important and necessary, especially at cinema: both for the spectator, after months and months of distracted visions on a few inches screen, and for the filmmakers, probably exhausted to experiment with new methods of shooting during lockdown.

The Belgian film festival BAFF (Brussels Art Film Festival) has demonstrated, even more than in other editions, the need to live the emotion and the art film experience in the condition of the rediscovered (and almost lost again) joy of the community. The vocation to openness, dictated by a considerable choice of the film program and an important overview on art documentaries, then stressed the desire to enjoy the fullness and density of the topics covered, with particular attention to body and sound, declined in the most different forms and interpretations. Bodies that dance, that move, naked and sculptural as in the documentary Bare by Alexander Vinogradov (2020), which closely follows, and it should be said, the dancers involved in the touching work Anima Ardens by the Belgian choreographer Thierry Smits. From the creation process to casting, to moments of pause and reflection, to provocative games in the shower, up to the exciting day of the premiere, the camera penetrates and ventures into the innermost meanders of the constitutive art process and, above all, in the envelopment of the human body in its most natural and profound nakedness.

But the body can, in spite of everything, become the involuntary protagonist of a terrible and unwanted guest: this is the case of the moving documentary Serendipity by the French visual artist Prune Nourry (2019). The condition of serendipity consists, by its own etymological definition, in the “ability to correctly detect and interpret a phenomenon occurred in a completely random way during a scientific research oriented towards other fields of investigation”. The journey between art and life of Prune Nourry manifests itself in the fullness of its power at the moment of greater precariousness of her body. Always interested in his research and production, in the issues related to fertility, reproduction, genetic selection of sex, which refers to the different social and anthropological interpretations of feminism,  the artist finds himself, at the young age of thirty-one, lying on an operating table, having to freeze his own oocytes, in order to preserve her own reproduction. Breast cancer has taken possession of her body, forcing her to rethink and deeply integrate her artistic work, and her existence, with a new meaning. From the mastectomy, which makes her an amazon, to the choice of prosthetics for reconstruction, from shaving hair to the reappropriation of her identity through her sculpture, Serendipity turns out to be a magnificent therapeutic diary, of which the cinematographic element seems to be part of the cure.

The magnificent sound research work through the filmic medium has been extensively explored in many of the films presented at the Festival. Examples of this are In a silent way by Gwenaël Breës (2020), a documentary that becomes a musical training novel, rightly included in the winners’ list, or the more intimate Murmur by Jan Locus and Stijn Demeulenaere (2019), dedicated to the rediscovery of the most hidden sound part of Brussels.

The vast program, which certainly would have deserved more than a deepening article, has demonstrated this year the quality of the festival, implemented through a selection of sensitive, accurate and insightful films, in and out of competition.