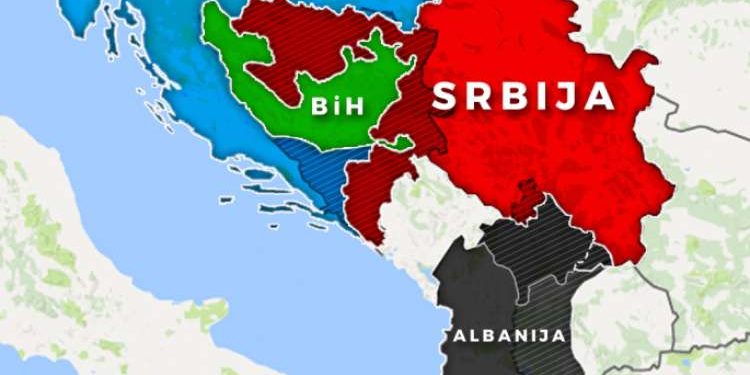 The proposal, allegedly sent to Michel as a non-paper, was leaked to the Slovenian Necenzurirano.si news portal. Its contents have caused quite a stir among regional political analysts and experts, given that most Western countries are strictly opposed to the redrawing of the Balkan borders, fearing that any such initiative could set a dangerous precedent and lead to further conflicts.

The non-paper identifies several key problems the EU accession prospects.of countries in the Western Balkans. It states that “it is difficult to imagine” the European perspective for Serbia and Kosovo and claims that EU membership for Bosnia and Herzegovina can be fully excluded. The Dayton accords, the paper asserts, formally negated the status achieved in Bosnia through armed conflict, yet their practical applications have effectively preserved it.

As a solution, the paper proposes a break-up of Bosnia and Herzegovina, with the Republic of Srpska being handed over to Serbia, Croatian cantons in Herzegovina being joined with Croatia, and a rump Muslim state being left in the middle, together with the city of Neum to provide the new country with access to the sea.

Germany, France and the US have in the past voiced strict opposition to any plan that envisions border swaps, and the official position of all member states is that they support the territorial integrity of Bosnia and Herzegovina.

The European Commission denied ever having received such a proposal. However, Michel’s office contributed to the confusion in the Slovenian media by first confirming it had received the non-paper, only subsequently to deny it.

Croatian diplomats confirmed for the Zagreb-based Jutarnji list that Croatia neither participated in drawing up the proposal, nor would it support it, denying Slovenian media claims that the non-paper had the backing of Croatia and Hungary.

The paper calls for “quiet confirmation of feasibility” of the proposed plan within the Western Balkans region, noting that this step “is underway”, while the next step would envision a formalised proposal backed by the EU.