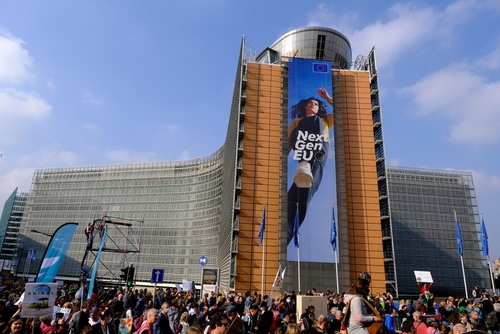 Belgium, (Brussels Morning) This week, MEPs are back in full swing to discuss measures to limit deforestation and the ongoing war between Russia and Ukraine. The week will be marked by the State of the European Union (SOTEU) address to Parliament, conveyed by the European Commission’s President Ursula von der Leyen. Parliament is also set to discuss new measures to counter the energy crisis and the spike in prices, adequate minimum wages and the recent fires and drought in Europe. Finally, MEPs will discuss EU values and Hungary’s low levels of democracy.

On Monday, MEPs debate how to fight global climate change and biodiversity loss. Parliament debates and votes on a new law demanding companies to ensure products sold in the EU do not come from deforested or degraded land.

On Tuesday morning, Prime Minister of Finland Sanna Marin will share her views on Europe’s current situation and future direction, followed by interventions from political groups. This will be the sixth “This is Europe” debate to take place at the European Parliament.

Parliament will discuss on Tuesday afternoon the latest developments in Ukraine with EU Foreign Policy Chief Joseph Borrell and will vote later in the week on a 5 billion euro macro-financial loan to help Ukraine.

On Tuesday afternoon, MEPs will debate the EU’s response to the dramatic rise in energy prices with the Council and Commission. Parliament will also debate and vote on plans to speed up the deployment of renewable energy and reduce energy consumption by 2030.

Droughts and fires in Europe

In light of this summer’s devastating droughts and forest fires across Europe, MEPs will discuss on Tuesday how to increase EU efforts to fight climate change.

State of the European Union

At 9.00 on Wednesday, Commission President von der Leyen will deliver her State of the European Union (SOTEU) address to Parliament, followed by a debate with MEPs. The discussion is expected to focus on EU solidarity with Ukraine, sanctions on Russia, how to ensure the EU’s energy supply and curb its dependence on Russian fossil fuels as well as the current price spikes.

Reviewing developments since Parliament activated Article 7 back in 2018, MEPs are set to declare that Hungary can no longer be ranked as a full democracy and that EU values there are under systemic threat.