Turkey and the mirage of monetary sovereignty 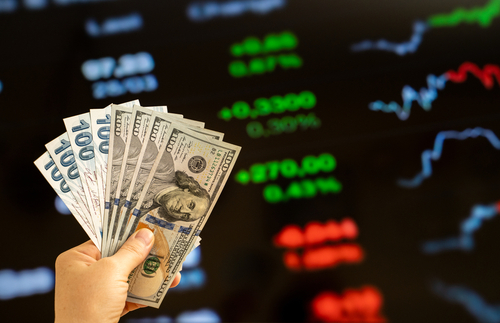 Turkey has fallen into a traditional carry-trade trap that is destabilising its currency; the structural solution to the challenge at hand would be to join a currency union.

Berlin (Brussels Morning) The Turkish lira’s exchange rate has been in the international financial markets’ focus for months. When it comes to the chess game of FX, Turkish President Recep Tayyip Erdoğan’s latest rochade in monetary government is not enough to shield its national currency.

The international press is full of “experts” advising the president to finally end the country’s inflationary policy and significantly hike up interest rates while also introducing “reforms” that will allow the country to return to price stability and growth.

While Erdoğan is no economist, he seems to believe he should take this advice with a grain of salt because those who share it keep interest rates close to or even below zero in their own countries, fearing economic setbacks. That fear is compounded because Turkey is in a deep recession.

What is monetary sovereignty?

Turkish developments stand in striking contrast to the promise of salvation as preached by the Modern Monetary Theory doctrine (MMT) — that all countries should have “their own currencies” or, as it is sometimes called, hold onto “monetary sovereignty”. Obviously, Turkey has opted for currency sovereignty, only that doesn’t help much.

Turkey is finding it difficult to print as much of its own money as it needs to overcome recession while keeping interest rates low. MMT theory claims that this is exactly what all countries with their own currency can do, at will. One can pen down several theories, but when push comes to shove, the practice is a different matter.

What has Turkey done wrong? On superficial inspection, the country appears to have opted for monetary sovereignty. Looking at inflation over the past 20 years, it is striking that price levels have been relatively stable since Erdoğan came to power in 2003, never surging beyond 10% bar the last few years. In terms of economic development, Turkey was successful for many consecutive years.

Between each of the major recessions, growth in Turkey outperformed that of Germany and every member of the euro area. In this respect, it is not surprising that the president could celebrate his economic governance track record, that is, until his 2017 re-election.

Why is a country with such a remarkable growth record and a relatively high but stable inflation rate unable to hold on to its monetary sovereignty? Why can’t the currency depreciate year after year by about 8% against the euro and the dollar, allowing the country to align its interest rates with their real growth? The simple answer is because an economy with uncontrolled capital markets and the free-flow of goods, Turkey cannot control all critical variables at once: interest rates, prices, and exchange rates. Sovereignty in open market conditions does not happen.

However, in a country with open markets and a good growth performance by international standards (called an “emerging market”), a high nominal interest rate attracts “hot money” — a speculative loop from which there is no easy way out. Speculators seek to take advantage of the difference between long-term and short-term interest rates “in favour” of the emerging market.

When the difference is big enough, active global investors round the country’s capital markets. Since interest rates are determined by central banks in both the developed and emerging markets, there is a certain stability to the differential so that speculators can work with relatively stable expectations regarding the duration of the interest rate differential, working from central banks announcement to central bank announcement. There is a window of opportunity to “invest”, in the short term.

To prevent Turkey from eventually falling into the trap of massive overvaluation, the Turkish central bank could have consistently prevented any appreciation beyond inflation differentials by intervening in the foreign exchange market, but then the country would have had no monetary sovereignty either because, as Switzerland found out, one can never keep high enough interest rates to prevent an “overheating” of the economy, or a surge in domestic prices.

Consequently, Turkey did what almost all emerging markets have done in the same situation. It let the appreciation run its course with gusto, taking pride in the lira’s appreciation and so-called “market confidence” until international markets no longer have confidence. That point came in 2016 at the beginning of the lira’s rapid slide.

Chart: Exchange rate of the Turkish lira and overvaluation against the euro

The lira’s real appreciation (and thus the loss of competitiveness) between 2001 and 2016 was remarkable. Although the lira’s real exchange rate against the euro was already falling fairly steadily by 2016 (the red line and the left axis), it never fell sufficiently to offset the large inflation and unit labour cost differentials (the green line is a fictive exchange rate that would have been neutral). The unjustified real appreciation of the currency (mispricing) amounted to over 30% in 2010 (the purple line in the chart and the right axis).

At last, when “investors” realised that Turkey would have to cut interest rates significantly to deal with the 2008 recession, they left the country in a flash. That happens time and again in many emerging economies. The result was a sharp depreciation of the lira, which did not eliminate mispricing until 2020. In the meantime, however, the lira dropped further.

To escape the speculative dilemma, one can join a currency grouping that is large and closed enough as an economy to achieve relative stability in currency relations vis-à-vis the US. China has opted to shadow the US inflation rate and countering any appreciative speculation with foreign exchange market intervention. But that, too, means giving up monetary sovereignty.

Whichever way you look at it, monetary sovereignty is a mirage. Economic policymakers in almost all countries have to live with the fact that there is no autonomy in an open world economy unless one chooses autarky (a completely closed economy). One country cannot determine currency relations between countries and freedom for citizens to exchange their money for another implies cooperation among countries in setting an appropriate exchange rate.

Turkey must solve its wage-price problem to free itself from the speculation trap, which it can only do with wage policy. For long-term success, it will also have to adjust its inflation rate in line with “Western” economies and hope that sooner or later, it will be able to join a currency union flexible enough to achieve international monetary stability.