Macron says dialogue with Taliban not a sign of recognition 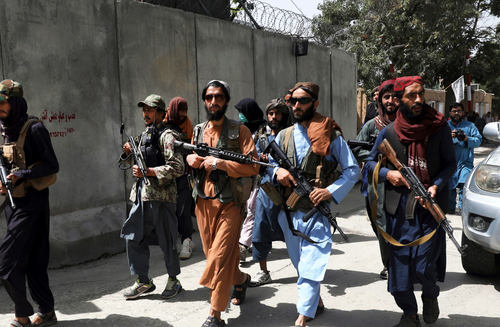 Brussels (Brussels Morning) French President Emmanuel Macron acknowledged that Paris is in contact with the Taliban insurgents in Afghanistan, stressing that talking to the group does not imply France’s recognition of the Islamists as the country’s legitimate leaders.

Macron emphasised that it is the Taliban who are in control of Kabul, in an operational and practical way, and that his country needs to have discussions with the insurgents if it wants to save the lives of thousands of Afghans who still need protection.

Paris aims to protect, as the French diplomatic mission pulled out of the country, with the ambassador landing in France late on Sunday. A total of 2,800 people were evacuated to Paris from Afghanistan ahead of the Taliban takeover of Kabul airport.

Speaking to the French press, Macron revealed that the sole purpose of the dialogue with the insurgents was to facilitate the humanitarian operations, as the Taliban have pledged to allow civilian flights out of the Kabul airport to continue.

French talks with the Taliban will remain conditional on the group’s respect for humanitarian law, observation of women’s rights, and not colluding with regional terrorist groups.

On Monday, France and Germany pushed for an urgent UN Security Council resolution which would aim to establish a UN-protected “safe zone” in Kabul, with the goal of ensuring the continuation of humanitarian operations.

The final resolution, however, made no mention of the safe zone, merely calling on the Taliban to ensure safe passage for its citizens and nationals of other countries seeking to leave Afghanistan. The resolution also stressed the importance of maintaining humanitarian access, preserving human rights, forming an inclusive government and preventing terrorism. It was passed with 13 votes in favour, with China and Russia abstaining from the vote.