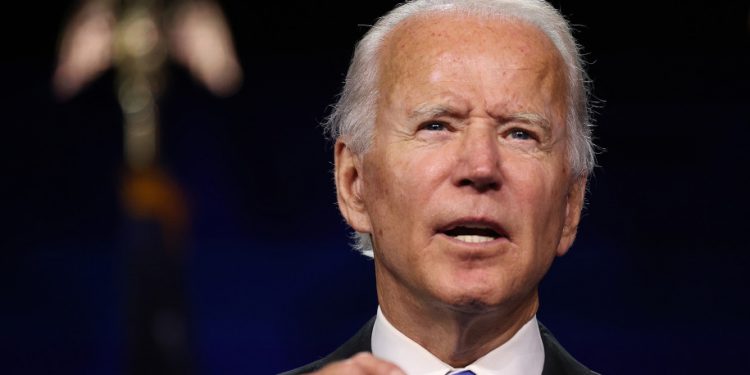 The USA, (Brussels Morning Newspaper) There is an odd disconnect about Joe Biden’s presidency. On the one hand, he is broadly unpopular with fewer than two of five Americans approving of how he is handling the job. Critics point to runaway inflation, the poorly implemented withdrawal from Afghanistan, and other perceived policy failures as the reason Biden is so unpopular.

However, that does not fully capture the roots of Biden’s unpopularity. The President is also seen by many as too old for the job, not fully present, and not entirely in control. There is little evidence for those assertions, but they resonate in part because Biden is 78 years old and in part because the GOP and their affiliated propaganda arms have been beating that point relentlessly for the last three years.

To some extent, Biden is fielding the political fallout of a broadly held sense among Americans that the country is facing some extraordinary and troubling challenges. Much of the reason for that is the transformation of the Republican Party into an authoritarian cult, so it is absurd to blame Biden for that. Nonetheless, when things are not going well, the President usually is held responsible. Additionally, the inflation problem, regardless of who, or what is causing it is real. Ordinary Americans are unhappy and worried about rising prices for groceries, consumer goods, services, and gas, although the latter has been dropping in price in recent weeks.

There is another side of the Biden presidency. Joe Biden has quietly built a very impressive legislative record during his first almost two years in office. The massive Covid relief bill that passed on party lines in March 2021, the infrastructure bill that had some Republican support was signed into law in November of last year and now this climate change and an anti-inflation bill that will almost certainly become law make for a substantial legislative impact. The Biden accomplishments go beyond legislation. Unemployment is the lowest it has been in decades. When Biden took office, he promised 100 million Covid vaccines in his first 100 days. At the time that seemed like an unrealistic promise, but the Biden administration exceeded it.

All of this is the makings of a successful administration, but very few people see it that way. This is partial because other than the Covid relief bill, the impact of Biden’s legislative accomplishments has not been felt by the American people yet. For example, the infrastructure bill calls for spending $1 trillion on infrastructure-related projects. However, many of those projects have not been started yet; and the projects that have been started have not yet had a big effect on the lives of ordinary Americans. Similarly, the climate change bill will have a broad effect on the American economy, but it won’t be seen for a few years.

This problem is exacerbated because Biden has struggled to get his message out and take credit for his accomplishments. He is also caught between right-wing critics who have persuaded a substantial proportion of the country that Biden is something of a dangerous socialist who should be impeached, and progressive critics who believe Biden has not risen to the moment and recognized the enormity of the crises facing the US.

Biden’s personal political style also makes it difficult for him to effectively claim credit for his accomplishments. Biden is an odd mix of political skills and shortcomings. He is likable and comes across as decent, but he is not a great speaker and seems awkward when touting his record. Biden is better at making personal connections than at mobilizing large groups. It is probably a good thing for American democracy that it is difficult to even imagine Biden, as his predecessor did, unabashedly overstating his accomplishments and boasting on Twitter or holding mass rallies that include long self-aggrandizing speeches. However, Biden is on the other extreme. He seems unable to focus the American people on his accomplishments and has let his political opponents all but define his presidency.

The paradox of the Biden presidency is that while Biden defeated Trump soundly in the election, political life in the US is still heavily influenced by the man Biden has described as “the former guy.” Biden has been reasonably successful at a conventional presidency-passing important legislation, delivering services, building coalitions with allies to support Ukraine, and appointing highly qualified federal judges. However, because of how Trump traumatized and changed American politics, the American people are no longer focusing on those measures of a president’s success.

Biden’s presidency is far from over, but it is likely that the Democratic Party will lose in the midterm elections, putting an end to Biden’s legislative agenda. That defeat, if it happens, would give Biden a chance to reset his presidency and set up the GOP-led congress as a dangerous extremist foil to the moderate and reserved president.