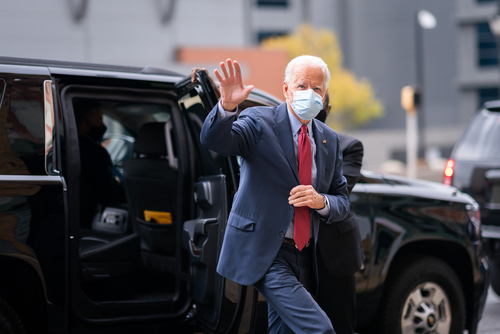 Belgium (Brussels Morning Newspaper) US President Joe Biden embarks on a four-day trip to Brussels and Warsaw today to urge the EU to increase its sanctions against Moscow and to expand its aid for war-torn Ukraine.

According to Biden’s national security adviser Jake Sullivan, Biden will seek to coordinate military assistance for Kiev, and work on long-term efforts to boost defences in Eastern Europe, where NATO and EU members bordering Russia and Belarus fear President Vladimir Putin’s aggression could easily spill over their frontiers.

“This war will not end easily or rapidly”, Sullivan told reporters ahead of Biden’s departure. “For the past few months, the West has been united. The President is travelling to Europe to make sure we stay united.”

Biden is scheduled to attend a NATO emergency summit while in Brussels. The US President is expected to use the opportunity to reiterate and emphasise his support for Article 5 of the alliance’s charter, assuring all members that the US would come to their defence should they be attacked.

Biden’s tour will also include meetings with EU officials and leaders, and the Group of Seven – the world’s richest democracies. On Friday, Biden travels to Warsaw to meet Polish officials and discuss the humanitarian strain caused by the Ukrainian refugee crisis.

More than half of the 3.5 million Ukrainian refugees have fled to Poland. The country had received over 2.1 million refugees by 21 March. Romania, the second most popular destination for Ukrainians fleeing from war, had taken in slightly more than 540,000 by 21 March.

Biden will meet with Poland’s President Andrzej Duda on Saturday, responding to Polish demands that NATO increase its military presence along its eastern flank. Sullivan stressed that Biden’s trip to Poland is “an important opportunity to meet with a frontline and very vulnerable ally”.