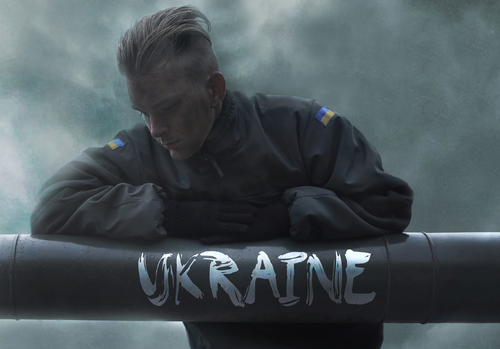 Tankman on the muzzle of the tank

Greece (Brussels Morning) A well-functioning global market in which the EU would have a major role was always a goal for Brussels.

Peace in Europe is a thing of the past, and Russia’s reputation has been shattered. Rebuilding trust between the West and Russia will take decades.

European countries will become increasingly reliant on the United States for defence, as they did during the Cold War, and the borders along Russia’s sphere of influence will be militarised.

The Kremlin sent a message to the West with the annexation of Crimea some years ago, but European leadership was unwilling or unable to react. Afraid of facing the truth, that the geopolitical scenery was fastly changing, they preferred to impose sanctions.

The Russian invasion of Ukraine and the EU’s reliance on Russian natural gas demonstrate the importance of diversifying energy supply in order to achieve energy security and respect for the Union’s social, environmental and economic agenda.

The EU should be moving as quickly as possible to wean itself off Russian gas. Member-states have become so reliant on Gazprom, the Russian energy behemoth that is majority owned by the government, that they are currently unable to pursue a common foreign policy.

The Russia-Ukraine crisis has already turned into a humanitarian disaster. Potentially,  It could have a negative impact on climate action by delaying the global energy transition.

Germany will delay the closure of its nuclear power palnt facilities, while France’s President Emmanuel Macron is calling for a “renaissance” of low-carbon nuclear power to secure domestic energy supplies.

Russia and Ukraine are both major exporters of rare metals used in the production of green technology such as solar panels, wind turbines, and electric vehicle batteries.

Any delays to the world’s transition goals must be short-lived, supported by investors, governments, and industry. Europe should not rely on OPEC+ countries to safeguard the continent. Nor should it expect them to embrace the Brussels agenda.

War has an immediate impact far from the frontlines when it comes to energy costs. Because Russia is Europe’s primary oil and gas supplier, the danger is especially acute.

In a best-case scenario, oil and gas supply are not disrupted, and prices remain stable at current levels. Financial conditions tighten, yet global markets do not continue to fall.

Some tanker ship owners are deferring carrying Russian petroleum until such time as sanctions are better clarified. Russia could react by cutting off the flow of gas to Europe in the face of maximum sanctions from the US and Europe, like having been kicked out of the Swift system of international payments.

Russia’s invasion of Ukraine poses a security concern to countries that are already struggling to feed their citizens.

Ukraine and Russia account for 29% of worldwide wheat exports. They also export 19% of the world’s grain and 80% of the world’s sunflower oil. Higher prices threaten to place a significant strain on poor countries like Yemen, Bangladesh, Sudan and Pakistan, which in 2020 received roughly half or more of their wheat from Russia or Ukraine, as well as Egypt and Turkey, which imported the great majority of their wheat from them.

“We are sitting on a potential loss of $6 billion”, Mykola Gorbachev, Chairman of the Ukrainian Grain Association, told Reuters. Gorbachev underlined how Ukraine is losing this sector, since the country does not have the capacity to transport even a tenth of the total 20 million tonnes of wheat and corn, given that its railway system had a throughput capacity of some 600,000 tonnes per month.

“There is a rush from Russian ports to Turkey I have noticed. Cargoes are arriving from Kavkaz, Novorossiysk, Azov, which is paying really good. Varna and Costanza are also loading grains but not as the Russians, as Ukraine is currently closed.”

Russians already control the energy market and there is a high possibility that a new tax will be introduced or that some companies may be banned outright.

“I am working with Marmara port, which is leading the region, and Samsun port. I have heard that Russia may introduce export bans or quotas for some companies in the Black Sea. The same for Bulgarians.” Should this happen, says F.E., “regional commerce will be dead”.