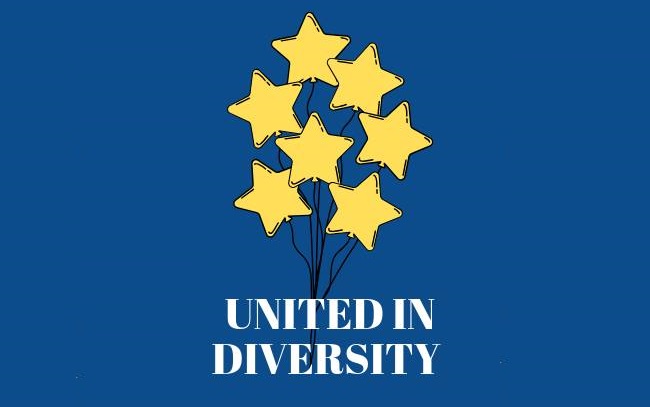 Brussels (Brussels Morning) The EU ‘United in Diversity’ motto has until now mainly meant diversity of the EU member states, not the people of the EU. The state of policy in the EU institutions reflects a limited understanding of diversity and intersectionality, one that does not take account of the varying categories of differences. Its best work has been in its progressive stance to gender, but not even gender in all its complexity.

Many people in the EU suffer tremendously because they look and express themselves differently from the established norm; the norm being a white, male, able bodied and cis gender EU citizen.

When the Black Lives Matter movement and its allies took to the streets after the death of George Floyd to urge real change and justice for the death of yet another innocent black person, consequently setting off a massive global discourse around systemic racism, EU institutions did react. And they reacted appropriately, showing discontent at anti-blackness and targeting by law enforcement, including disproportionate death in custody. Perhaps it was easier to react then, since the epicentre was elsewhere, however, the EU and its member states are certainly not immune to racism, experiencing and exhibiting layers of exclusions, prejudices and misrepresentations.

I was the lead socialist negotiator for the resolution that followed the death of Floyd and we managed to bring the discussion home. It was finally a chance for the European Parliament and Commission to engage in an open discussion about the sensitive topics of structural and institutional racism, police brutality, violence and profiling, for example, that have long been major taboos, too often blatantly dismissed by governments and EU institutions. EU member states have yet to come to terms with their colonial past and I am afraid to say that until now they have systematically failed people of colour.

Although this was a long-awaited discussion, we should all acknowledge the importance of these actions, which have led to important milestones. The European Commission adopted the first relatively comprehensive anti-racism policy document last September 2020. The EU Anti-Racism Action Plan comprises an ambitious set of concrete measures aimed at addressing systemic racism in Europe, each of which looms with potential.

It is of paramount importance to build on this momentum and bring about real change in the EU around racism, continuing to raise awareness about these topics and share wisdom.

The upcoming EU anti-racism summit in March will take place as the pandemic continues and should this affect the impact we hope for, the next face-to-face summit planned for 2022 will pick up where it falls short.

These are nevertheless key high-level events and we should capitalise on them. Together with the newly appointed anti-racism team in the European Commission we will have more resources and this is a positive first step. I am calling for more, however, and urge the new European Commission’s anti-racism coordinator to work in close cooperation  — through a structured dialogue — with civil society organisations representing marginalised groups in the EU to ensure that their voices are represented and reflect in the outputs. There can be nothing about us without us.

Now the urgent question is how we will use the information gained from bureaucratic and diplomatic exercises.

Together with civil society and institutional partners, my colleagues in the Anti-Racism and Diversity Intergroup in the Parliament and the Socialists and Democrats Group, I strive to find solutions to combat racism. We know that even beyond the specific challenges connected to the current COVID-19 pandemic, there is massive underreporting of racist incidents in the EU. The lack of reliable data needs to be addressed and we can only assume that we have the tip of the iceberg in terms of the reality.

I choose to see these problems, recognise them and search for solutions. This vicious circle can be disrupted. What I am calling for is to get more allies on board, and more racialised people at the decision-making tables.

I think it is important to acknowledge that our system has to be re-thought, reshaped, together with all minorities, as equal partners. Only then would the EU reflect society and deliver on the principle of equality for all, enshrined in the EU Treaties, living up to its ‘United in Diversity’ motto.