by Waseem Ahmad
in Opinion 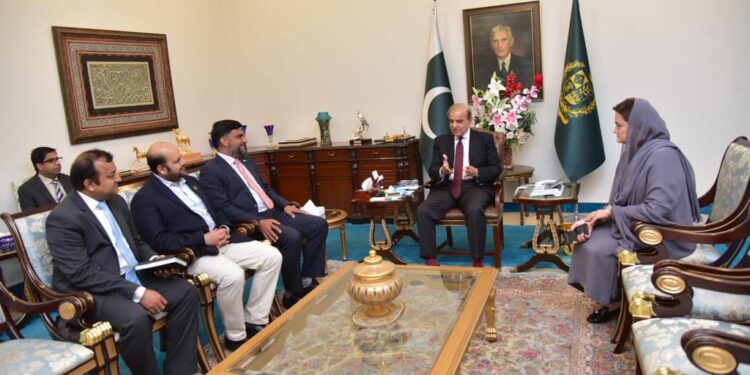 Belgium, (Brussels Morning Newspaper) This week and last I have witnessed the worst floods in the history of Pakistan, and the scale is almost unimaginable. At one point more than a third of the country was under water – an area the size of Italy or ten times the size of Belgium – and there is more rain and more devastation to come. Melting glaciers and rains described as a “monsoon on steroids” by the UN Secretary-General have combined to precipitate a climate catastrophe affecting 33 million people, with over 1,300 people and 800,000 livestock killed and more than 1.4 million homes damaged or destroyed.

In the last week of August, the European Union announced an emergency aid package of €350,000, which looks set to be just the start of a significant humanitarian response from the EU – one of the world’s most important and generous international aid givers. As Chief Executive of Islamic Relief Worldwide, I lead an organisation that is in the forefront of supporting those worst affected by the floods, and also an organisation with a proud history of working with the European Commission in disaster response. We are a trusted partner in channelling funds from the European Community Humanitarian Office (ECHO) to save lives and rebuild livelihoods.

Our receipt of EU funds stretches back to relief work in Croatia in 1994. Last year it included funding to help communities in Bangladesh to build resilience in the face of increasingly frequent and severe climate-related disasters. We have also worked together in countries like Kenya, Somalia and Sudan on a variety of programmes including emergency support for refugees, providing clean water and sanitation infrastructure, and equipping people to deal better with the worst effects of natural disasters.

During my visit to Pakistan, I have met with the country’s Prime Minister, Shahbaz Sharif, who thanked me for Islamic Relief’s extensive response in the three provinces worst affected – Khyber Pakhtunkhwa (KP), Sindh and Balochistan. In KP I saw the devastation for myself – dams demolished and bridges swept away as rivers burst their banks; families who have lost everything and are desperate for food, clean water and shelter to keep hope alive. I also saw our Islamic Relief teams doing what they do best – reaching remote areas, delivering food packs and clean water, providing shelter and hygiene kits and kitchen sets, and supporting people who have lost everything.

During my visit the Islamic Relief Pakistan team secured a $1.5 million grant from UNICEF to fund the provision of clean water and sanitation. Islamic Relief has already assisted 50,000 people affected by the floods and is expanding its operation to reach half a million people in the coming weeks and months, as more funding is secured from institutional donors and the public.

Our emergency response in Pakistan encapsulates what Islamic Relief is all about – working tirelessly to alleviate poverty and suffering across Asia, Africa, the Middle East and Eastern Europe. We are a purely humanitarian organisation with no political agenda that helps people of all faiths and none, turning the generosity of Muslim communities around the world into life-saving and life-changing aid. We do this in partnership with multiple governments and UN bodies that trust us to deliver aid in some of the most difficult and dangerous places. Funding from such partners would simply not be possible if there were truth in the allegations of ‘extremism’ and ‘Islamism’ sometimes levelled against us – most recently by an MEP from the Czech Republic in the pages of Brussels Morning.

I am not one to duck away from public scrutiny – it is right that organisations receiving public funds should be closely examined. Our projects are audited regularly by partners like the EU to check the integrity and effectiveness of our operations.

In this context I am proud that Islamic Relief is one of the few NGOs to be awarded the coveted Core Humanitarian Standard – independently verifying our effectiveness in aid delivery and our accountability to the communities we serve. I know what incredible work our staff and volunteers do, and I will never cease to stand up for the real Islamic Relief that I see in action every day. I am also determined to defend our reputation against the damaging disinformation I too often read online.

Islamic Relief was established in the UK in 1984 by a group of medical doctors who were moved to respond to the famine in East Africa by raising funds and delivering aid to Sudan. Since then we have grown into an organisation with over 100 offices in more than 30 countries, responding to natural disasters and conflict and empowering communities to lift themselves out of poverty.

Our annual report recently recorded that our work touched the lives of 11.8 million people across 36 countries last year. These included Yemen, the poorest country in the Middle East and the location of what the UN described as the world’s worst humanitarian crisis of 2021. We provided food aid and other essential support to over 2.5 million Yemenis every month, as the main NGO partner of the UN’s World Food Programme.

Islamic Relief is not perfect, and nor do we claim to be. In 2020 we were hit by media revelations about anti-Semitic social media posts by three of our senior leaders several years previously. This led to claims from some that Islamic Relief itself is anti-Semitic. Our response to the unacceptable behaviour of those three individuals says otherwise.

We acted swiftly to ensure that the culprits stepped down from their positions and will play no further role in our governance. We acted because what these individuals said does not reflect the views of our organisation and fundamentally contravenes our values.

We strengthened our vetting processes for senior appointments and set up a far-reaching Independent Commission to distil and act upon the lessons that needed to be learned. That Independent Commission, led by former UK Attorney General Dominic Grieve, found that Islamic Relief is not institutionally anti-Semitic and commended the steps we had taken to strengthen staff vetting and the Islamic Relief code of conduct.

Islamic Relief works closely with partners from across the faith spectrum. We have worked with Catholic Relief Services and World Vision, for example, on a peacebuilding platform focused on mental health, economic empowerment and social cohesion among vulnerable communities fleeing conflict. Earlier this year, we marked World Refugee Day by co-hosting a conference with the Jewish refugee agency HIAS and the Lutheran World Federation aimed at strengthening the faith response to the ever-worsening global refugee crisis by improving partnerships between aid agencies and local civil society.

One persistent allegation about Islamic Relief that has been repeated in Brussels Morning is that our organisation is linked to the Muslim Brotherhood. This damaging allegation is simply untrue. It has never been backed up by credible evidence. The reality, as our major funders know from close examination through their auditors, is that we have rigorous internal control and compliance systems and processes in place to ensure that donations and funding entrusted to us are spent only on those who legitimately require humanitarian assistance. None of our staff members, executives or trustees may use our resources or donor funds to pursue their own personal or political interests, and regularly audited financial safeguards ensure this is the case.

Between 2009 and 2019, Islamic Relief underwent over 500 internal and external audits of our finances and processes, many of them mandated by government funders and other institutional donors. Not one of these audits found any evidence of funding extremism or terrorism or of using donor funds for anything other than the humanitarian purposes for which they were intended.

The Islamic Relief Worldwide that I know and love, and that I have the privilege to lead, is a far cry from the organisation that some political activists, conspiracy theorists and Islamophobes would have you believe it is. Like any organisation, we are not immune from making mistakes, but I ask that we are judged on how we deal with such challenges and on the work we do in delivering aid.

If you find yourself reading negative headlines about Islamic Relief online, please check where the headlines are coming from. Be prepared to reflect on the motivations and political agendas of some of our critics when they seek to question ours.

You can also talk to us about any concerns you may have. Our audited financial statements are available online. Where we work and the partners we work with, including several governments and United Nations institutions, are all public knowledge.

It is thanks to the continuing generosity of individual donors and to donor institutions like the European Union and the United Nations that Islamic Relief is able to make such a positive difference in emergencies like the Pakistan floods and in so many communities around the world. There are 130 million good reasons to support us, as we are thankful that so many do – the 130 million people, and counting, who have benefited from our aid and seen real changes in their lives over our 38-year history.