Facing up to the mounting cost of the war in Ukraine 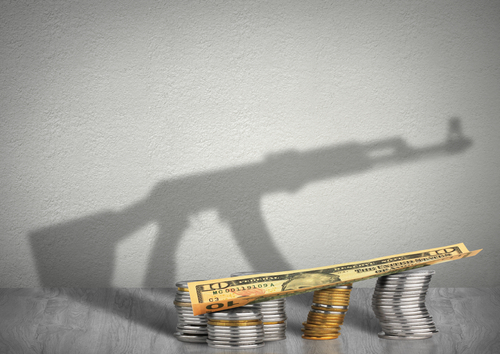 Belgium, (Brussels Morning Newspaper) The EU is being urged to step up the fight against those who dodge paying tax. Europe and the US each lose at least a trillion euros, or dollars, every year to tax avoidance or evasion.

Giles Merritt, the founder of the respected Brussels-based Friends of Europe, says “it’s clearly time” to address the “huge” problem of corporate tax dodging and the “ability of the world’s wealthiest to pay little or nothing in tax.” Wage earners and small businesses bear the brunt, being easily assessed and often taxed at source.

Merritt says, “they are the small fry who lack the crafty lawyers’ and accountants’ familiarity with the loopholes in national tax codes.”

He adds, “The big beasts of the world’s corporate jungles are able to use their cross-border transactions and creative balance sheets to reduce their tax bills down to what for them is small change.”

Last year, Chuck Rettig, head of America’s Internal Revenue Service, estimated in testimony to the US Senate that tax evasion was costing the federal government $1 trillion yearly, and that figure excluded the revenues lost to tax breaks and shelters.

Rettig echoed remarks from a decade earlier of the then president of the European Parliament, German socialist Martin Schulz, who warned that tax avoidance and outright fiscal fraud was costing the EU €1 trillion a year.

Schulz, a former German MEP and leader of the Socialist group in the Parliament, said that if that money was instead going into EU governments’ coffer, the sovereign debt mountains that threaten the eurozone’s integrity could be paid off within ten years.

Merritt says, “That is the argument that the EU institutions in Brussels must marshal as the costs of Vladimir Putin’s war in Ukraine begin to mount.”

He says that as lost annual tax income is being measured in trillions on both sides of the Atlantic, so too are the costs of the stand-off with the Kremlin.

The New Force Model (NFM), agreed at NATO’s Madrid summit in July, boosts high-readiness troop levels from 40,000 today to a targeted 300,000, with the bulk of them coming from European countries. In budgetary terms, that means extra trillions in annual defence spending for the foreseeable future.

Transatlantic solidarity is credited with, so far, being a feature of the responses to Russia’s aggression as has intra-EU cohesion.

But Merritt now warns a “serious threat” to this may come with widely expected European attempts to address the tax avoidance problem.

Many of the multinational corporations said to have been taking advantage of European nations’ competing tax loopholes are, he states, American.

He said, “It is not only the ‘Fangs’ – Facebook, Amazon, Google and so on – that are increasingly in European tax collectors’ crosshairs. A range of American companies as different as IBM and Chevron are said to pay improbably modest amounts in tax within the EU. Tightening up moves in Europe have already provoked storms of protest from Wall Street and Washington, DC. Although next year sees the introduction of an OECD-inspired international pact on corporation tax between 130 countries, the outlook is for much friction and outraged corporate lobbying.”

The US-based International Consortium of Investigative Journalists – the organizations behind the Panama Papers and more recently the Pandora Papers’ revelations – believes that, worldwide, tax evaders may have squirreled away as much as $32 trillion.

Merritt, a former FT bureau chief in Brussels, says, “As evasion is only the tip of the tax dodging iceberg, it’s likely that more attention than ever will be focused on this as the costs of Putin’s war mount higher and higher. The pressure on EU governments to accept anti-avoidance proposals from the Brussels institutions will certainly intensify.”

Tags: cost of the warMain-SliderOpinion sectionWorld-Interview
No Result
View All Result