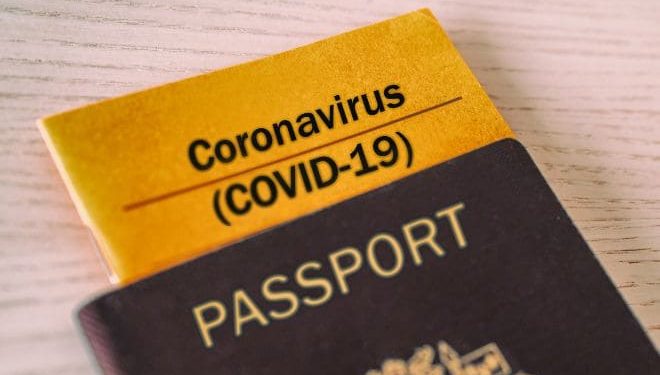 Brussels (Brussels Morning) EU leaders are considering the idea of introducing vaccination passports in order to pave the way for a successful summer holiday season, Reuters reported on Wednesday.

The restrictions authorities imposed to deal with the coronavirus pandemic have caused the most severe recession in the bloc to date, with the south of the EU hit worst of all due to its dependency on tourism.

As vaccination campaigns take off, some southern EU member states including Greece and Spain are calling for the introduction of vaccination passports at bloc level.

This would allow EU citizens who have been vaccinated to travel freely. However, while some EU member states support the idea, there is still no agreement on the details of the plan, including whether the passports should be accepted globally, whether they should be in digital form and at what part in the vaccination process they should be issued.

Officials revealed that the bloc is cooperating with the International Air Transport Association, which wants to revive air travel, the Organisation for Economic Cooperation and Development, and the World Health Organisation (WHO).

Potential issues with the plan

They also warned that the proposal for vaccination passports raises legal issues since the citizens scheduled to be vaccinated last could object to unjust restriction of their freedom of movement.

Officials added that WHO and EU authorities have not yet provided guidance as to whether people who have been vaccinated can still be carriers and infect others.

Moreover, it remains unclear whether people who recovered from COVID-19 should get the passport and how long their immunity lasts.

While southern EU member states are in a hurry to prepare for the summer tourist season, an unnamed senior official cautioned that more time is required in order to reach a general agreement, given the many unknowns.While the official EU stance is that a joint approach should be taken, some member states might seek to implement solutions unilaterally for the sake of speed. For instance, Greece struck a deal with Israel to loosen travel rules for Israelis who have proof they have been vaccinated.