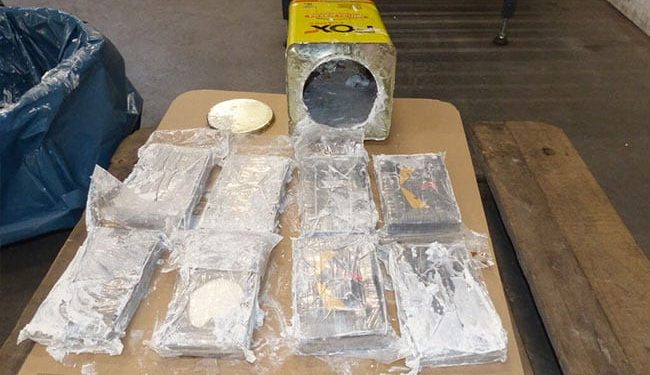 Brussels (Brussels Morning) EU authorities have seized 23 tonnes of cocaine in a cross-EU drug bust, according to the German customs authority, DW reported on Wednesday.

The scale of the cocaine seizure uncovered in Belgium and Germany, led Dutch police to state that “never before has so much cocaine been intercepted at once.”

An unnamed company based in the Netherlands tipped off the German authorities, which resulted in the seizure of 16 tonnes of cocaine in containers from Paraguay at the Port of Hamburg on 12 February.

The street value of the intercepted Hamburg shipment is estimated at between 1.5 billion and 3.5 billion euro.

René Matschke, head of the Hamburg Customs investigation Office, said the higher estimated value is based on the assumption that the cocaine would have been cut with other substances.

Customs officers pointed out that the front sections of the shipping containers in question were stacked with genuine goods, cans of putty e.g., but that behind them were more than 1,700 cans “filled with other goods.”

Seizure led to a bust in Belgium

Coordinated investigations into this find led investigators to an additional 7.2 tonnes of cocaine in Belgium, at the Port of Antwerp, German customs indicated.

Dutch police pointed out that all the drugs were bound for “the same destination in the Netherlands.”

On Wednesday, Dutch police arrested an owner of an import company in Rotterdam over the seized drugs. Police searched premises in Rotterdam and the nearby city of Vlaardingen.

Coordinated efforts led to the seizure of 102 tonnes of cocaine headed for Europe last year, with the majority of shipments arriving in Antwerp.

A total of 65.5 tonnes of cocaine was seized at the Port of Antwerp last year, an all-time record for the port. The drugs came mostly from Brazil, Columbia and Ecuador.

German MP Irene Mihalic observed that “we are probably only seeing the tip of the iceberg.”