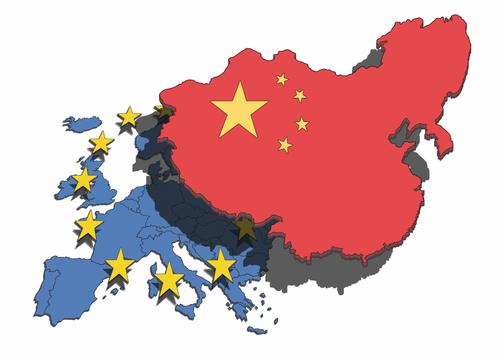 Belgium (Brussels Morning Newspaper) European Commissioner for Internal Market Thierry Breton warned European governments and businesses that they must realise China is the Union’s rival, and urged them not to be naive when approving Chinese investments.

His comments follow a stunning decision by Germany to approve a sale of a 25-percent stake in the country’s largest cargo port in Hamburg, and seem to be aimed at Berlin ahead of Chancellor Olaf Scholz’s planned visit to Beijing on Friday.

Speaking with Reuters, Breton stressed that he much preferred the ultimate decision Berlin made, to sell only a quarter-stake to Chinese Cosco company, to the original proposal of selling more than a third of the Hamburg terminal and giving the Chinese firm a blocking stake.

The Market Commissioner reminded companies and governments that the EU had adopted a series of measures that can be used to block Chinese investments in critical infrastructure, ever since Bruxelles labelled China as a “systemic rival” in 2019.

“It is up to member states to use (these measures) and to change their behaviour,” said Breton. “We need to be extremely vigilant.” The EU approach to China started switching due to the country’s attitude during the early months of the coronavirus crisis, when Beijing started abusing other countries’ reliance on China for crucial equipment.

“We can’t forget all of that. The era of naivete is over,” said Breton. “The European market is open, (but) with conditions.” The Commissioner also warned European businesses that they are expanding their investments in China at their own risk, as the country is becoming more “autocratic”.

One of such companies is Germany’s chemicals giant BASF, which previously announced it would be expanding its China business and cutting the size of its European sites because of sluggish growth, high energy costs and over-regulation. “There are uncertainties for the companies that make this bet. There’s a very important advantage to being based in Europe, with the rule of law, company protection and visibility,” said Breton.

Political analysts warn that China is taking a serious turn towards authoritarianism, with the country’s President Xi Jinping cementing his power by securing an unprecedented third term in office at the 20th Communist Party Congress this month. Footage of Xi’s predecessor Hu Jintao

being escorted out of the Congress was seen worldwide, stressing the message of Xi’s new absolute power.

Even prior to the Congress, the past two years for China were marked by increasing news of authoritarian overreach, from completely eroding the civil liberties in previously independent province of Hong Kong to severe human rights violations over the Muslim minority in the Xinjiang province, which many western lawmakers denounced as a genocide in progress.

The Russian invasion of Ukraine demonstrating to Europe the dangers of making authoritarian regimes a key element of national economy – as Berlin continued to approve gas pipeline projects with Russia even as Moscow annexed Crimea and supported a violent separatist movement in the east of Ukraine, and is now suffering from the consequences of relying on cheap Russian gas.

Many voices within the EU have recently begun saying that Germany doesn’t seem to have learned its lesson, as both the government and the country’s companies seem eager to expand their existing ties with China.

Scholz’s visit, planned for this Friday, will be the first time since the outbreak of the coronavirus crisis that an EU leader is coming to Beijing. Sources from both German and French governments told Reuters that French President Emmanuel Macron suggested to Scholz that they should go to Beijing together, to signal EU unity and counter apparent Chinese attempts to play individual EU countries against each other.

According to the same Sources, Scholz refused Macron’s offer. Commenting on the German Chancellor’s trip, the French Commissioner said European countries should present a more unified stance. “It is very important that the behaviour of member states towards China change in a way that’s more coordinated than individually-driven, as China obviously wants us to be,” said Breton