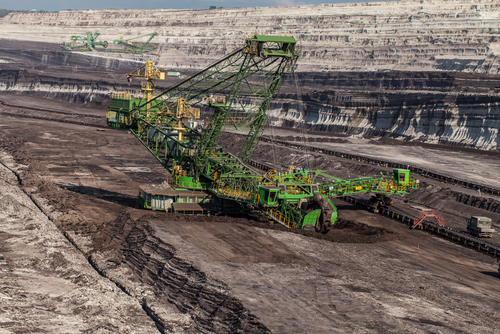 Brussels (Brussels Morning) The European Court of Justice (ECJ) ruled on Monday that Poland will have to pay a 500,000 euro fine for each day that its Turów coal mine, situated near the Czech border, remains open.

The fine, the largest ever of its kind levied by the ECJ, follows a complaint initially raised by the Czech Republic, which argued that the open lignite mine situated next to its border is causing significant cross-border environmental damage, and jeopardizing potable water sources in its territory.

The court first ordered Warsaw to close the mine in May, albeit without any fines attached, which the Polish government defiantly refused to obey. The Czech Republic wanted the Court to levy a daily fine of 5 million euro for as long as the Turów mine remains operational. The eventual ruling, even though of a lower magnitude, has been hailed by Prague.

The Court ruled that, in view of Warsaw’s refusal to close down the mine, the fine will be “necessary to strengthen the effectiveness of the interim measure ordered by the order of 21 May”, adding that its goal is to “prevent the member state from delaying its compliance with that provision”.

Poland originally intended to keep the Turów mine open until 2044, when the mine will most likely be depleted of usable lignite. The mine’s output is feeding into a nearby thermal power plant that provides around 7% of Poland’s electricity needs. The mine and the neighbouring power plant also employ 4,000 people, making closure a highly sensitive issue for Polish politicians.

Despite the latest ECJ ruling, Poland defiantly insists it has no intention of complying and shutting down the mine. “The fine is disproportionate to the situation and is not justified by facts”, a government spokesman said. He claimed the ruling “undermines the ongoing process of reaching an amicable settlement”.

Polish justice ministry official Marcin Romanowski was even more direct, accusing the ECJ of “judicial robbery and theft in broad daylight” on Twitter. In his view, the court fined Poland for “the fact that Poland did not leave its citizens without energy”, as he promised that the EC “won’t get a cent” of the money.