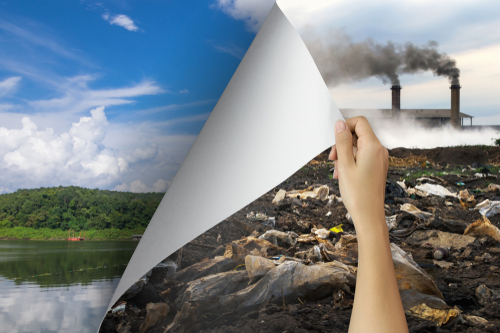 Brussels (Brussels Morning) A plan to improve air, water and soil quality was unveiled yesterday by the European Commission, in an initiative that sets targets to reduce pollution in the EU by 2030.

A significant deliverable of the European Green Deal, the Commission’s action plan links key policies for tackling and preventing pollution with an emphasis on the use of digital solutions.

“With the Zero Pollution Action Plan, we will create a healthy living environment for Europeans, contribute to a resilient recovery and boost transition to a clean, circular and climate neutral economy”, the Commissioner for the Environment, Oceans and Fisheries, Virginijus Sinkevičius, noted

However, the largest network of green NGOs, the European Environmental Bureau (EEB), took issue with the Commission’s plan, asserting that it “falls short on ramping up action to prevent pollution at source”.

“The European Commission missed a chance to step up the fight against air pollution with concrete actions, to fill the gaps in other strategies and to give air quality the relevance it deserves within the EU Green Deal”, Margherita Tolotto, EEB Senior Policy Officer for Air and Noise, observed.

Commission targets include improving air quality to reduce the number of premature deaths caused by air pollution by 55%, reducing waste, plastic litter at sea (by 50%) and microplastics released into the environment (by 30%) and reducing nutrient losses and the use of chemical pesticides (by 50%).

Other key goals look at a 25% reduction where air pollution threatens biodiversity in EU ecosystems, significant reductions in waste generation, including a 50% cutback in residual municipal waste.

To accomplish these ambitions, the EU executive will align air quality standards with those of the World Health Organisation and review standards for assessing water quality.

The Commission also pledges to reduce soil pollution and enhance restoration and it will review most of the EU waste laws to ensure they are in line with the circular economy.

The action plan follows on the Chemicals Strategy adopted in March 2020, which spelled out the initiative to reduce the use and risk of pesticides and antibiotics in animals and feedstock.

“It’s good to see the Commission reiterating the importance of the precautionary principle and the polluters’ pay principle. However, we see little to no action to actually apply these principles. Looks like polluters still won’t pay in the next decade at least”, the EEB’s less than enthusiastic Tatiana Santos, Policy Manager on Chemicals policy, commented.

The NGO Seas at Risk was critical of the Commission plan, claiming it offered “only limited action” when it came to tackling pollution in the seas.

“Marine pollution is threatening marine life and ecosystems and compromising the ocean’s ability to regulate the climate. Given its vital importance for the planet, the ocean must be an integral part of all action plans developed to achieve the objectives of the European Green Deal”, the NGO said in a press statement.

Water trade association, EurEau, said the plan focused overmuch on establishing monitoring frameworks and promoting digital tools, when the situation called for concrete, action-orientated initiatives. Nonetheless, EurEau endorsed the plan, praising its coherence, while noting that “it pulls in many other initiatives under the Green Deal”.