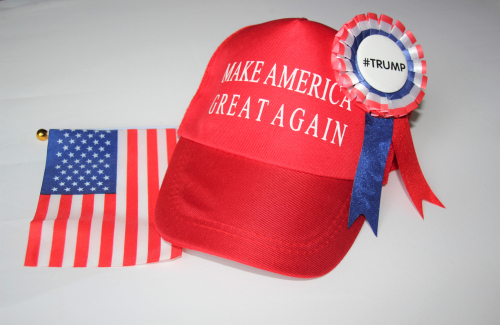 Donald Trump should be allowed to run again, if the Democrats want to hold onto the presidency, writes Lincoln Mitchell.

New York (Brussels Morning) As the senate impeachment trial approaches, there is increased speculation not only that if the 45th US President Donald Trump is impeached, he will also be barred from running for president, or any other office in the future, but that this is a primary reason why Democrats and other supporters of American democracy want to impeach him.

While it is my view that Trump must be impeached as part of the American effort to demonstrate that we believe in democratic processes and rule of law, I believe it would be a mistake for the Democratic Party to bar Trump from running for office.

I write this not because I ever want Donald Trump to ever be president of the US, or for that matter, dog catcher in a small Florida county. However, living in fear of that happening is misplaced concern and anxiety. By 2024, Trump will be, at best, an unpopular former president in declining physical and mental health.

He would have very little chance of defeating even an 82-year-old Joe Biden and would be drubbed by Vice President Kamala Harris or almost any other younger Democrat. It is reasonably evident that the likelihood of Trump ever becoming president again is, in reality, quite miniscule, but his ongoing impact on Republican party politics is quite real. That is good news for Democrats.

It is also good for the Democrats that, at the moment, the legacy of Trump, in terms of both his big picture impact on the country and the Republican Party, as well as his ability to disrupt future elections for the Republicans, is the GOP’s problem. That party needs to figure out if it wants to continue to be little more than part of the Trump cult. If they decide the answer is no, then it is the Republicans who need to find a way forward without Trump.

That will not be easy and will force the GOP to reckon with the impact of Trump, and their loyalty to him, on their party and the country. However, if the Democrats bar Trump from running again, the Republican Party will not have to do that hard work.

Smart Republicans, and there still are a few, recognise that it is in their interest to feign loyalty to Trump while simultaneously pushing him off the political stage as quickly and quietly as possible. In other words, Republican leaders benefit from seeming to support Trump, but not from Trump remaining an active participant in American politics.

This is particularly true with regards to Trump’s possible bid for the White House in 2024. Most Republicans understand that despite being a weak general election candidate, if Trump were to enter the Republican primary, he would immediately become the front-runner and would have a very good chance of being his party’s nominee. Additionally, there are several prominent Republicans who would like to run for president in 2024.

In the Democrats’ interests

Some, like Donald Trump Jr. or Mike Pence simply cannot run, or even make plans to run, as long as Trump himself is a potential candidate. Similarly, candidates like Senators Josh Hawley of Missouri, Ted Cruz of Texas, Marco Rubio of Florida, Ambassador Nikki Haley and several others would be formidable in a field without Trump. However, a big part of their appeal to the Republican base is their loyalty to Trump. For candidates like that balancing the appearance of loyalty to Trump with the need get him out of the race is a tough challenge.

If the Democrats pass a law precluding Trump from running again, they will be resolving this challenge for other Republican contenders. They will also give Republicans an easy talking point as they will be able to defend Trump while attacking Democrats for a “cowardly” or “anti-democratic” act, knowing that they don’t have to be concerned with Trump running against them for the Republican presidential nomination in 2024.

Another reason why the congressional Democrats would be making a mistake to bar Trump from running is that Trump could be a more potent and destructive force as a non-candidate. If unable to run, he will have a new grievance to feed to a cult-membership that is defined by white grievance. If Trump is healthy and organised enough to return to public life with rallies, media appearances and the like, he may be more potent if not burdened by being involved a campaign which would have the strong stench of defeat within moments of when Trump announced.

The Republican Party facilitated Trump’s rise, enabled and supported his efforts to undermine American democracy and were overwhelmingly silent in the face of his crimes against the Constitution and the American people. If Trump wants to take the Republicans for yet another ride, one that will end earlier and uglier than the first one, it should not be the responsibility of the Democrats to prevent that.