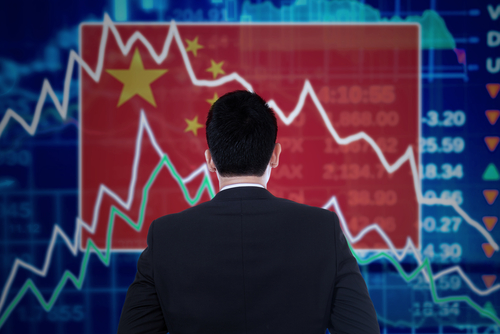 “Global Britain” is a vague political narrative, but as the City is reflecting on its post-Brexit options the story may be gaining some resonance. Predictably, London is navigating somewhere between its special relationship with Washington and Beijing. Brussels is not a passive observer.

Honolulu (Brussels Morning) Stock exchanges are the racing circuits upon which our economies compete in a global Grand Prix. The performance of these sophisticated engines depends on many factors, including market data, investment decisions, financial products, trading platforms, and post-trading activities.

The global stock exchange market is dominated by six behemoths that account for roughly 56% of the industry’s total revenue (Figure 1). Needless to say, the London Stock Exchange Group (LSEG/LSE) is a prominent member of this Formula One team.

The London Stock Exchange Group (LSEG) sold its Italian assets in the autumn of 2020. Specifically, what had to go was Borsa Italiana, including the bond trading marketplace MTS and CC&G, Italy’s principal trading platform and clearing house. This divestment was the regulatory price the European Commission demanded if the LSEG was to proceed with the takeover of Refinitiv, an American-British global provider of financial market data and infrastructure. The assets were transferred to Euronext and LSEG left the EU when Brexit happened.

With a new Anglo-American engine running on a superpower fuel of Refinitiv data, the question is where does one test the motor? London has decided to fight for a polling position in the East, in what is seen as a broader strategic turn towards the Pacific. Despite the Hong-Kong imbroglio, the salient Sino-scepticism of the UK’s ruling Conservative Party, and the deified nature of the special relationship with Washington, the LSE wants to be a salient and perhaps less  visible player in the new centre of the global economy.

The competition looks stiff and the question is what a British pivot to Asia would mean for Germany or Singapore in the global stock market circuit. Can one really expect a Sino-British alliance that would give European, American and Asian players a run for their money? What are the main obstacles, and opportunities to catalyse growth in London’s gambit?

They both have been assiduously tracking global players in the stock exchange market, with a particular focus on the evolving power dynamics, and what this means for investors and the public.

The View from Berlin

On one hand, he does not see significant implications for European stock markets. In this regard, Brexit and UK-EU relations are much more important.

The degree of integration with China will be the discerning factor of success in this gambit. As of today, Sino-British cooperation is largely a high-risk off-road track for the adventurous. Financial bridges built are not that well-travelled. The London-Shanghai Stock Connect is far from the apex and is luring only a handful of companies.

“Unless the London-Shanghai Connect becomes as equally important for integrating Chinese and British markets as the Stock Connect between Hong Kong and China, I think the effect on UK market dynamics is rather small – let alone market dynamics in the rest of Europe”- Dr. Petry tells Brussels Morning.

On the other hand, he continues, the “LSEG subsidiary FTSE Russell’s China inclusion has potentially much more far-reaching consequences and opportunities to catalyse growth.”

“Since FTSE Russell, along with other major index providers MSCI and S&P DJI, included Chinese companies into its benchmark Emerging Market Indices, a substantial amount of international capital has flowed into the Chinese stock market – which is estimated to grow by $400bn over the next decade.”

Nevertheless, one must wonder whether the integrity and independence of markets can be safeguarded, in this specific political context. Exchanging the regulatory grip of Brussels for that of Beijing may not create the scope for manoeuvre one associates with a “Global Britain” vision. And that vision may not square perfectly with the Special Relationship either.

A simple example is the Chinese government’s pressure on index providers to include Chinese stocks in their products. Albeit investors pummelled Chinese assets partly in response to Sino index-activism, business is booming for exchanges in Asia.

The market is growing and if you’ve got a good engine that’s where you want to race it.  London’s FTSE Russell has also been expanding its ESG indexes in China – thus the question is: given the transparency implications, how will these classifications and ratings reflect the actual situation on the ground?

Without a doubt, this is a problem we face on both sides of the Atlantic. For example, upon receiving pressure from London, FTSE dropped the “non-renewable” classification for Saudi Aramco, raising doubts on its political independence.

The politicisation of stock exchanges and index providers is not something novel, but what indeed is, “is the growing influence of these index providers as more and more players switch from active to passive investing.”- Dr. Petry tells the Brussels Morning.

It is no secret that active money managers have had more than a rough time beating indexes to justify billing clients with high fees. This prompted some institutional investors, such as pensions funds, to pour hundreds of billions into passive funds – i.e. those simply tracking an index, such as the S&P 500. Today, passive funds in the US have more firepower than active funds, exceeding $10 trillion in assets.

“So, FTSE (and other index providers) essentially have a lot of power as market gatekeepers, which unavoidably steers passive investments through its indexing decisions, and their guidelines leave a lot of room for interpretation.”- Dr. Petry tells the Brussels Morning.

The View from Singapore

For Kainoa Blaisdell of Singapore-based Preqin, China wants to open its capital highways to foreign players, as recent reforms clearly indicate. Foreign capital does appear ready to get into the driving seat, as Beijing allows full foreign ownership of a wider range of companies and money managers through its pilot programmes.

Of course, this presents opportunities for LSEG to increase its regional presence. However, the presumed Shanghai-London Stock Exchange connection is, to date, according to Mr. Blaisdell, “relatively unproven.” Cross border listings have been fairly limited.

Furthermore, geopolitical factors come into play. Washington is keen to bring Chinese companies to its financial circuits, which would come along with proper financial transparency market standards and auditing. Beijing may be less eager.

“The persistence of US-China tensions – which included American threats of major delistings of “Chinese darlings” like Alibaba – will motivate regional exchanges to strengthen their overseas strategic partnerships that can oil capital flows – a potential boon for the LSEG” – Mr. Blaisdell tells the Brussels Morning.

For Beijing, the threat of excommunicating such behemoths is worth a cumulative market capitalisation in excess of $1.8 trillion. At the same time, Chinese regulators have made it clear that they will crush those who try to outpace them, as Alibaba founder Jack Ma recently discovered. Ma’s fall out with China’s regulators, who are going after him on anti-trust issues, suggests that money can’t buy political supremacy in China.

In London, diplomats will be thinking hard about how to increase their bargaining weight in the pursuit of strengthening their special relationship with Washington, whilst balancing their Sino-integration attempts.

By the same token, policymakers in Beijing will want to hedge their position as well, prompting “recent murmurs of China looking to establish a Shanghai – Switzerland Stock Link.” – Mr. Blaisdell tells the Brussels Morning.

Neither the City nor anyone else can ignore where global capital markets are heading. LSEG is engaged in a global race to position itself in the East.

“Taking into account the market capitalisation of listings on the Hong Kong, Shanghai, Japan, and Shenzhen exchanges, this is a growing pool of capital that is hard to ignore. This year we saw Hong Kong trading volumes at four times that of the LSEG and 60% that of the NYSE – attention flows with money”, Mr. Blaisdell continues.

Thus, LSE’s eastward pivot won’t be without global challengers. Nevertheless, its “growing role as a data and analytics service provider does give it a unique edge in forming new kinds of partnerships to forge inroads through the region, something to watch going forward,” Mr. Blaisdell tells the Brussels Morning.

A vision struggling to materialise

The success of London’s Eastward pivot remains to be seen. To date, LSEG’s integration with Chinese capital markets is more potentiality than reality.

The City’s engine is well positioned in the race to China, as it deals in data, analytics and financial services that are highly desirable in these lucrative, still emerging, and high-yielding markets.

However, the role these private actors play in setting indexes, and their power in shaping markets will raise questions about their independence and transparency in their quasi-public indexing function. And Chinese regulators can be volatile.

For Europe, this means three things.  Firstly, it should not ignore London’s gamble; the City will fight tooth-and-nail to remain relevant. Secondly, COVID-19 has not erased geopolitics; exchanges will come under increasing political pressure. Thirdly, London’s Global Britain strategy will need friends; European capitals will need to seize this opportunity when crafting future cross-channel relations. Global Britain may yet need some European muscle for it to materialise.