Protests against mandates and restrictions held across EU 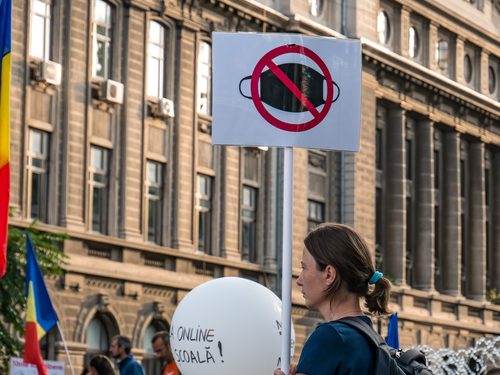 Belgium, (Brussels Morning Newspaper)  Protests against pandemic mandates and restrictions continued across the EU on Saturday.

French authorities announced the introduction of a new vaccine pass from this week onward. People who are not vaccinated against COVID-19  will be banned from bars, domestic flights, cinemas, sports events and other venues.

In addition to Paris, protesters marched against the new mandates and restrictions in other French cities, according to French media.

Some 3,000 people marched in Stockholm against vaccine passes, which are now required for accessing indoor events attended by 50 or more people. The march in Gothenburg was approximately 1,000 strong.

In Finland, where the government authorised local authorities at the end of 2021 to impose restrictions to help curbwith the spread of coronavirus, approximately 4,000 people joined Saturday’s protest in Helsinki.

Restrictions in Finland include bans and limitations on events, university lectures, restaurants and various venues. Demonstrations were peaceful, according to police reports.

In Brussels, roughly 50,000 people marched to the EC headquarters on Sunday to object to the restrictions, Reuters reported. On Friday, the Belgian government announced that a third shot will be required after five months in order to retain the vaccine pass need for entry to public venues.

The protest there turned violent as some people in the march launched fireworks at riot police, who responded by deploying tear gas and water cannon.

One protester, Caroline van Landuyt, saying she is vaccinated against COVID-19, voiced her anger at what she termed the government’s “blackmail”, claiming that while it was aimed mostly at the young people, the authorities were really making it so that “everybody has to go for the vaccine.”

She had been “very angry” on her children’s behalf, she said, noting that “they want to travel, they want to do sports competitions, and they can’t do it without a vaccine, but they did not want to, it’s just blackmail.”

Nearly 90% of adults in Belgium are fully vaccinated against COVID-19 and about two thirds have received three shots.