The European Union must not ignore Kazakhstan 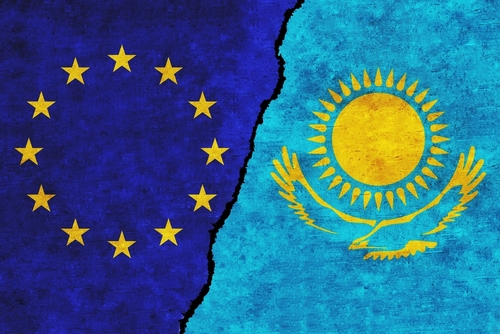 Violence has cut off the protests in Kazakhstan. The President invited foreign troops and branded thousands of the country’s population as terrorists. It is the EU’s duty to strengthen its influence in the region and to do so not only because of the desperate human rights situation there, but because it is in its own long-term interest.

Belgium, (Brussels Morning Newspaper) Earlier this month Kazakhstan experienced its worst protests in more than three decades since the fall of the Soviet Union. Despite its reputation as an island of stability in the region, albeit falling far short of being a democracy, the country revealed its true condition, given how the outbreak of violence manifested long-held tensions in the society.

The conflict was ignited by a sharp rise in fuel prices caused by a supply outage from Russia. Not for the first time, economic dissatisfaction transformed into political demands for the overthrow of the presidential system and its replacement by a parliamentary democracy. This was reinforced when many of the hundreds of statues of former President Nursultan Nazarbayev were torn down. Nazarbayev, who ruled the country for 29 consecutive years, was succeeded by current President Tokayev in 2019.

The continuing influence of the Nazarbayev regime in Kazakhstan strongly suppresses media freedom. The country ranks 155thth in the annual World Freedom Index published by Reporters Without Borders. Overall, the state of the country under President Tokayev has been deteriorating for some time, as we have now been enabled to observe the inevitable outcome of the real conditions associated with his regime.

The dark role of the allies

Tokayev unacceptably misused foreign support to suppress the freedom of his own people, whom he dubbed “terrorists” of “foreign agents”. Under the so-called Collective Security Treaty Organisation, the Kazakh President has called on its active signatories, including Armenia, Belarus, Kyrgyzstan, Russia, and Tajikistan, to come and help suppress the current resistance by military means.

According to available data, the Kazakh army has fired on demonstrators numerous times and is responsible for at least 225 victims and 2,600 injured.

In the prevailing context, invoking the relevant CSTO clause was unacceptable since the relevant clause covers either an external threat to the state or terrorism activities. Because these were ordinary Kazakhs expressing their dissatisfaction with the regime in their own country, Tokaev sought to justify his reaction by repeatedly referring to the protesters as “terrorists” in his public statements.

What we have witnessed is not a fight against terrorism, but a singular act of authoritarian despotism at its most extreme. Thousands of citizens are now being held in prisons, branded as “terrorists” because of this shameful show of authoritarian power.

Tokayev’s formal attempt to de-escalate the situation by appointing a new Prime Minister cannot be taken seriously. The President remains the supreme “Eastern style” ruler of the country and as such is fully responsible both for the current situation and its potential solutions. Like his predecessor, the new Prime Minister is a mere mouthpiece.

What should the EU’s role be?

The EU has criticised the involvement of foreign troops and warned Russia to respect Kazakhstan’s sovereignty. A European Parliament resolution on Kazakhstan has been moved this week. I actively participated in its creation.

The EU has almost no say in the region so far. In order to change this, new dialogues need to be opened and existing ones strengthened. This applies especially to countries around Kazakhstan, such as Uzbekistan and Kyrgyzstan. They too have problematic policies and have been exposed to undemocratic steps. Yet, within the region, they remain, potential partners, with whom a reasonable conversation can be held in certain circumstances.

The two countries offer a buffer zone for the current migration wave from Taliban-controlled Afghanistan. It is not in their interests, therefore, to see the situation deteriorate in their northern neighbor. The EU should strengthen its diplomatic presence in the region and improve mutual relations to help mediate in the event of future conflicts.

We in the EU have reason to be interested in addressing these issues — not just as a matter of universal human rights, but also because doing so is in our own practical interests. Destabilised countries and regions led by dictators drive citizens from their homes and homelands. The fact that people do migrate is universal. However, those who have to abandon their homes forcibly usually do so without the necessary support and structure to help them establish a new life elsewhere.

One unfortunate consequence of this is that the stability of the countries to which they flee can also be affected. Ultimately, problems of integration arise that are exploited by populists who use the arrival of migrants in their midst to radicalise and divide the receiving society. The lesson is both simple and obvious: given the opportunity to take some responsibility right away, we should do so.