by Stella Athanasoulia
in In Depth 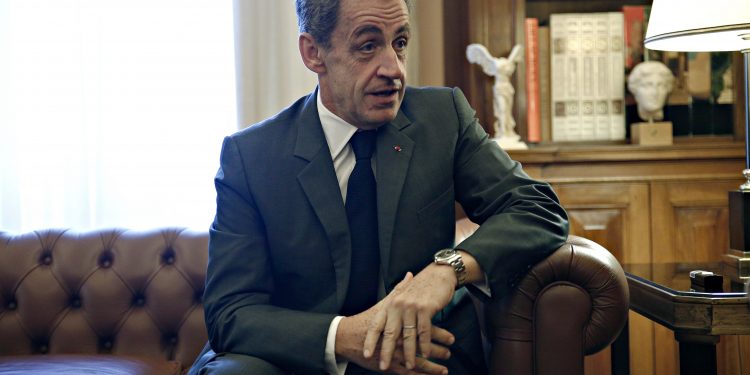 Meeting of the Greek President Prokopis Pavlopoulos and Nicolas Sarkozy who served as the President of France, in Athens, Greece on Oct. 23, 2017

Paris (Brussels Morning) Former French president Nicola Sarkozy stands accused of trying to obtain classified information from a former judge; but the allegation is just one case in the interconnected web of legal troubles the former UMP leader is facing.

On Monday 21 November, Nicolas Sarkozy became the first former president of the V French Republic to attend his own trial, according to the ruling by a Paris criminal court in January this year.

Although the charges are less serious than others Sarkozy will face in the near future, his presence in court is highly “symbolic”, according to History Professor Nicolas Rousselier at SciencesPo. The only other president to stand trial was Jacques Chirac for embezzlement during his mayorship, but he was tried in absentia due to poor mental health.

In this most recent case, Sarkozy is accused of corruption and traffic of influence, alongside his close partner and lawyer Thierry Herzog and Gilbert Azibert, a former high magistrate at the Paris Court of Cassation. They are suspected of trying to illegally obtain confidential information from a judge concerning another case against Sarkozy, in return for promises to use their influence to secure him a prestigious job in Monaco.

The previous case concerns an investigation where he was accused of illicitly receiving millions of euros from Liliane Bettencourt – heiress to the cosmetics company L’Oréal to finance the 2007 presidential campaign. He was cleared from the Bettencourt allegations in 2013.

Overspending on the 2012 re-election campaign

Sarkozy is also due to go on trial from 17 March to 15 April 2021, according to BBC reporting, over the so-called Bygmalion affair, in which he is accused of having fraudulently overspent in his 2012 presidential campaign.

The accusations are that the Sarkozy campaign worked with public relations firm Bygmalion to hide the true cost of his bid for reelection in 2012 using fake invoices. Prosecutors claim he spent nearly €43 million euros, almost twice the spending limit, as Politico reported, on the reelection campaign he lost to the Socialist Party candidate Francois Hollande.

The Libyan financing of the 2007 campaign

A more complicated file concerns the financing of his 2007 election campaign by late Libyan dictator Muammar Qadhafi. Following four days of questioning in October this year, Sarkozy was charged with “criminal conspiracy” but denies the accusations, while his legal team has managed to delay the trial for more than two years by filing numerous pleas and challenges with the prosecutors.

The Libyan case caught wide international media attention, while opposing the former head of state and leader of the UMP party (now known as Les Republicains (LR)) to French media. Mediapart, an investigative website, has published documents and interviews purporting to show that Sarkozy had received up to 50 million euros in cash for his campaign from the slain Libyan leader through Ziad Takieddine, a Lebanese businessman who acted as an intermediary. Mediapart’s investigation involved a number of former officials of the Qadhafi regime who seemingly confirmed the allegations. Takkiedine, the main witness against Sarkozy has admitted he transported up to 5 million euros in cash from Libya to France, in trips between 2006 and 2007 and in order to support the presidential bid of then Interior minister Nicolas Sarkozy.

But in mid-November Takkiedine, the main witness in the case, retracted his words spectacularly, after seven years of allegations. In exile in Beirut from another dubious financing affair, he declared to BFMTV and Paris Match:

“I am saying loud and clear the magistrate … really wanted to turn it the way he wanted and make me say things which are totally contradictory to what I said,  “adding that “there was no financing of Sarkozy’s presidential campaign”.

The former head of state immediately took to social media to boast that “the truth finally comes out”, adding: “for seven and a half years, the investigation has not uncovered the slightest evidence of any illicit financing. The judicial information opened on the only false statements of Ziad Takieddine is today in a complete impasse. The main accuser admits his lies. He never gave me any money, never was there any illegal funding for my 2007 campaign.”

However, the legal case is set to continue, as the national financial prosecutor said in a press statement, the next steps in this legal process do not depend only on the accusations of Takkiedine. In fact, Liberation notes, the judges have accumulated many clues supporting the thesis of illegal financing of the campaign by the Libyan regime, in particular, suspicious transfers made to some of his closest associates. Furthermore, it would be impossible to dismiss the case just because of statements made to the media instead of an instructor’s office.

In response to the withdrawn accusations, France’s right-leaning factions called on the judiciary to establish ‘’responsibility’’ in what it sees as a “machination” against Sarkozy, Africanews reported at the time. Guillaume Peltier, a member of the French National Assembly tweeted, ‘’Never, we never doubted, the truth comes out’’, while a fellow MP, Damien Abad was also quoted saying, “the truth always triumphs. Those who have fomented this plot, in defiance of justice, will have to account for it”.

Sarkozy has always denied any wrongdoing. He recently told BFMTV: “How long are we going to use taxpayer money to try and prove by all means possible that I am corrupt?” Despite the numerous cases where his name is involved, it seems that his influence and popularity among right wing politicians and their support base remains high, as there has been talk of his possible return as a candidate of the LR party at the 2022 presidential election. According to a 2019 survey, he is considered the most suitable right-wing candidate.

Some of his close associates believe that the Libyan financing case could soon fall apart, which could pave the way for his return to politics. According to LeMonde, although there has been limited public support for his return, many in the right wing party see him as an excellent choice that would “assure the presence of the party at the second [presidential] round” and thus its survival.