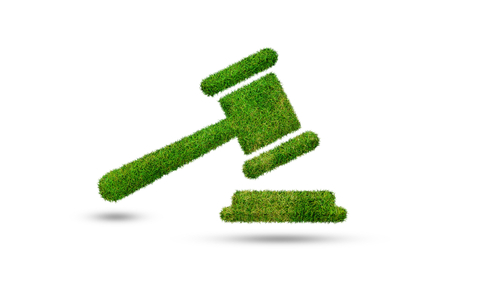 The rising interest in illegal waste disposal by mafias should trigger a better legal response to counter such a hazardous crime on the environment, argues Sabrina Pignedoli.

Brussels (Brussels Morning) The latest data available in Italy confirms the constant growth of crimes against the environment. In 2019, the environmental organisation Legambiente ascertained 34,648 cases of eco-crime, 23.1% more than 2018.

For decades, organised crime has been operating in the sector of illegal waste disposal, offering its services to dishonest entrepreneurs or even by entering public tenders. As observed by Enrico Fontana, head of the Environment and Legality Observatory of Legambiente, the crimes related to the illegal disposal of waste “are almost all related to corporate crimes”. Compared to other crimes, such as drug trafficking, illicit waste disposal secures safe earnings and relatively low penalties, which has led to increased interest in the area by mafias.

The coordinator of the Milan Direzione Distrettuale Antimafia, Alessandra Dolci, recently stated, “Organised crime is increasingly interested in the waste market. In particular, in taking over small and medium-sized companies of this sector that have economic difficulties, therefore creating a system with the business world”. The result is a toxic embrace between criminal groups and dishonest companies that will have consequences for future generations.

The economic crisis linked to the pandemic is aggravating these problems. On the one hand, the mafias are trying to take possession of companies operating in the waste sector to take advantage of public tenders provided by the EU through the Next Generation EU COVID-19 recovery package. On the other hand, they offer cheaper solutions to companies through underpaid workers, illegal landfills and the burning of toxic materials. However, the mafias need public officials and other white-collar workers, who become part of this criminal system, to commit these crimes.

It takes a little effort to transform a patch of the countryside into an illegal landfill: the damage is incalculable for both the territory and the future generations. The impact on citizens’ health is obvious and attested in countless cases, like the one of the “Terra dei Fuochi”, thanks to precise statistics and scientific studies. Nevertheless, we must not forget that many parts of Italy, in the South like in the North, are dotted with many small “Terre dei Fuochi”.

Investigations in this sector are particularly complex and require specialised operators. Law enforcement agencies have to work on a large amount of data and monitor vast portions of land. In this battle for the defence of public health, we must strengthen human resources and skills.

If we compare it to other crimes, the danger of illegal waste disposal is perceived as less immediate. Underestimating its consequences would be a mistake, evaluating the consequential damage only after it has occurred.

We all know that remediation of contaminated land is expensive and takes years of work. It is necessary to put more efforts into fighting environmental crimes; a good starting point would be to approve new laws with severe penalties that acknowledge their gravity.

The EU has long offered a new legislative framework on environmental crimes with the Directive 2008/99/EC of the European Parliament and the Council, calling for graver sanctions. However, the highest number of new infringement procedures against the EU member states concerns the late or incorrect transposition of European environmental standards.

Italy has taken a decisive step forward with the entry into force in 2015 of Law 68/2015, inserted in the Criminal Code (Second Book) with Title VI-bis. It is a law that defines new types of crime such as environmental pollution, environmental disaster, traffic and abandonment of highly radioactive material, obstruction of control and failure to remediation.

This law should not be considered a point of arrival. While it increased punishments for eco-crimes to a maximum of six years of imprisonment, it is not sufficient to counter the convergence of economic interests that lead to illegally disposing of toxic waste, polluting the air, water, and land than following the correct procedures required by law.