An end of an era: the free cage age is possible, now

by Mario Furore MEP
in Opinion 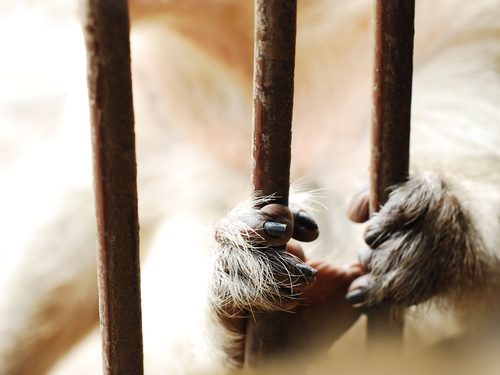 Brussels (Brussels Morning) The end of the ‘cage age’ is edging closer. Over the course of the year, 1.4 million verified signatures have been collected from around 28 EU member states, attesting to the request for a new and more respectful method of breeding farm animals than some current practices that keep these animals in cages. Proposals presented by the European Citizens’ Initiative were then discussed in the European Parliament on ending the cruel method of husbandry.

Over 300 million farmed animals currently suffer in cages across Europe. The main priority should be to find alternative systems to caging laying hens and sows, because these species make up the largest numbers of animals kept in caged housing in the EU. Such alternative systems already exist but there is a cost attached to their increased use so we must not neglect the needs of the farmers for maintaining large flock sizes. Specific training of farm staff may also be needed to successfully manage non-caged flocks.

Despite projected increased costs of production, sustainability analyses shows that non-caged systems are for the most part economically, environmentally and socially similar to furnished caged systems. The EU needs to improve production systems and move towards a Europe that produces consciously and in harmony with the environment in all sectors. Collaboration with breeders is essential to achieve this goal: they must be supported in this change through subsidies to incentivise the transition.

It is necessary to develop a new system of breeding that preserves the welfare of animals and that could enhance economic income. Retailers can also play an important role in the move towards non-caged systems by only selling products from ethically housed animals. In this peculiar case, since most farmers do not produce, process and sell products themselves, the EU must engage all parties involved at an early stage of the transition process.

The European Commission could create a label certifying cage-free farming, for example, to provide an instrument in the framework of the “Farm to fork” strategy. There are countries where agricultural products are produced in a more integrated way, but also in those countries communication with other stakeholders is needed. It is essential for European Institutions to facilitate dialogue between the different actors and give them a voice about new future husbandry systems. But it is also important to stress that despite the many useful studies, more knowledge of alternative and out-of-the-box housing systems is still needed, in particular for other animal species, such as rabbits, ducks and geese, quail and calves. Furthermore, it is also important to improve the quality of live-stock transport: the actual situation needs a serious reflection that encompasses all aspects of the matter.

Research should not focus on one particular part of sustainability but should look from a much broader perspective and choose a system approach. The European citizens expect a commitment from the European Commission to present a plan for the elimination of the cages within 10 years. By 15 July, the EU Commission will have made their decision whether they will start a legislative process to ban caged farming. We are convinced that without stringent European legislation, the EU will not achieve concrete results. The European Citizens Initiative shows how, for a successful shift to a better system, cooperation between all actors is very important.