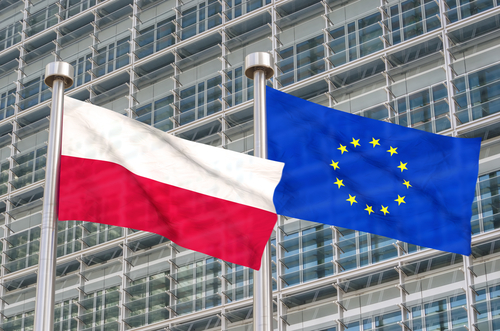 Poland and European flags waving in the wind (3D rendered)

Brussels (Brussels Morning) The European Commission has launched an infringement procedure against Poland for not respecting primacy of EU law. According to the EC, Poland is undermining the independence of its judiciary given the escalation of its row with the EU member state, DW reported on Wednesday.

The infringement procedure starts with the EC sending Poland a formal notice, which can lead to financial penalties should the country not fulfil its obligations in accordance with EU rules. Poland has two months to reply to the EC’s notice.

A Commission statement stressed that it has “serious doubts” about the “independence and impartiality” of the Polish Constitutional Tribunal, and it accuses the court of violating EU laws.

The European Court of Justice (ECJ) previously ruled that the EC can force EU member states to violate their national laws, including the constitution.

On Wednesday, the Commission described the Polish Constitutional Tribunal’s ruling as being “in breach of the general principles of autonomy primacy, effectiveness and uniform application of Union law and the binding effects of rulings of the ECJ.”

Poland’s Prime Minister, Mateusz Morawiecki, described the EC’s move on Wednesday, as setting a trend for “bureaucratic centralism [that]is unfortunately progressing in Brussels” and called for it “to be stopped.”

Deputy Justice Minister Sebastian Kaleta observed that the Commission “wants to subordinate the Constitutional Tribunal in Poland to EU law”, a move he called “an attack on the Polish Constitution and our sovereignty.”

Friction between Poland and the Commission has been rising since Warsaw has refused to back down in the face of the EC’s insistence on compliance with EU rules.

The Commission has blocked Poland’s access to the EU’s coronavirus crisis recovery funds, accusing the Polish courts of not being independent from politics while stressing that access to the funds must be stopped in order to prevent misappropriation.Hungary faces a similar position with Brussels and the two EU member states have been backing each other in their respective disputes with the Commission.

Tags: European Commission has launched an infringement procedure against PolandMain-Slider
No Result
View All Result