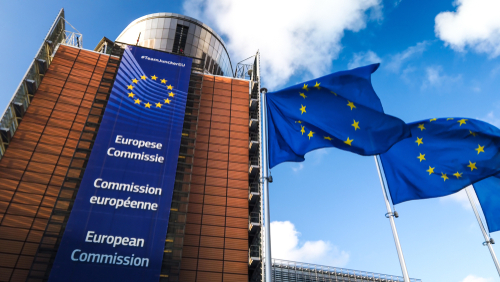 Brussels (Brussels Morning) Vice President of the European Commission for Values and Transparency Věra Jourová insisted on Monday that the bloc has to deal with the issue of Poland’s defiance of EU law.

She warned that the Union “will start collapsing” if it fails to confront the challenge mounted by Poland’s Constitutional Tribunal to the primacy of EU law, Reuters reported.

“If we don’t uphold the principle in the EU that equal rules are respected the same everywhere in Europe, the whole Europe will start collapsing”, Jourová said, adding, “that is why we will have to react to this new chapter which the Polish constitutional court started to draw.”

Poland’s latest move has increased friction with Brussels, which was already high because of on-going disputes concerning a range of issues including the country’s “LGBT ideology-free zones”, media freedom and the rule of law.

As a result, the EC decided to withhold approval for Poland’s recovery and resilience plan, which is intended to help it recover from the coronavirus crisis.

In addition, the Commission is considering the use of a new enforcement tool against Poland — suspension of funding for EU member states cited for having violated EU values.

Commenting on Poland’s spat with the EC, Internal Market Commissioner Thierry Breton indicated that he does not believe Warsaw would leave the bloc.

On Monday, Mateusz Morawiecki, Poland’s Prime Minister, dismissed the idea of Polexit, describing it as “a harmful myth which the opposition substitutes for its lack of ideas on the proper position of Poland in Europe.”

Support for EU membership in Poland is overwhelmingly high. On Sunday, more than 100,000 Poles marched in support of it staying in the EU. Yesterday, the EC announced it would demand that Poland pays penalties for continuing to operate the Turów coal mine near the border with the Czech Republic. Poland has ignored the order to stop mining at Turów since May, despite the European Court of Justice having slapping Warsaw with a daily fine of 500,000 euro until such time as it complies.