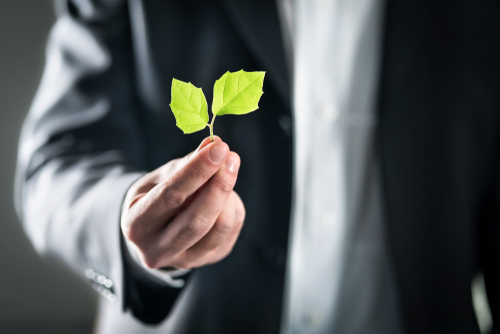 Brussels (Brussels Morning) The European Commission announces new renewable energy rules to target industry and transport, sectors where the use of green energy sources is lagging.

European Commissioner for Energy, Kadri Simson, hopes the new regulations will promote renewable energy purchase agreements in sectors that have yet to harness renewable sources like bioenergy, solar and wind, Reuters reported on Thursday.

The Commission is preparing environmental policies for presentation in July that are aimed at cutting greenhouse gas emissions at a faster rate. The package includes renewable energy rules.

“The pace of renewables’ uptake is not where it should be, so we are looking at setting an indicative target for renewables in this sector”, Simson said, pointing out that the EU’s renewable energy policy currently does not cover industry. The indicative target when set is unlikely to be binding.

Simson told the European Parliament’s Committee on Industry that the new rules could include the introduction of labels for products made using energy from renewable sources. She cited steel made in furnaces powered by renewables as one example of this approach.

The EU is on the path to achieving its current goal of drawing one third of its energy from renewable sources by 2030, but it will have to step up its efforts to reach the new environmental target of cutting greenhouse gas emissions 55% by 2030 compared to 1990 levels.

In 2019, renewable energy accounted for 34% of EU’s gross consumption of electricity, in marked contrast to the 9% of gross energy consumption registered in the transport sector.

Simson said the EC plans to increase the number of electric vehicles and noted that it is preparing targeted measures aimed at the use of hydrogen in transport.

She indicated that the new rules will be stricter on biomass power generation, something Nordic countries could object to, given their large forest industries.