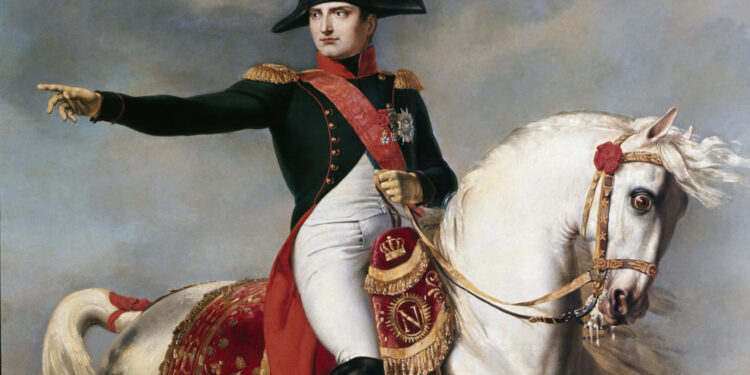 Author’s note: Much of what follows never happened. It is a mixture of speculation, folklore, some fact, some fiction, and even some wishful thinking. It is a little-known backstory with a Belgian setting. More about this later…

Belgium, (Brussels Morning Newspaper) Dateline: June 18th, 1815.  He found himself on the losing side of that blood-soaked nightmare known as the Battle of Waterloo. He could accept the defeat but not the humiliation. Although his life as a soldier and leader of men was over, he was not out of personal danger. In fact, there was a steep price on his head and his enemies, namely the British and Prussians, were in no mood for displays of compassion. But “Colonel Muiron” had planned for this contingency. If he could elude capture, he envisioned fleeing to the United States. He would assume a pseudonym, arrange to bring his substantial savings, and join his siblings, friends, and political contacts in the New World. The “Colonel’s” escape plan was to covertly find his way to the city of Namur or Liege. Once there, he would disguise himself and stow away in the hull of a Danish barge that often navigated up the Meuse River. From the North Sea, the “Colonel” would board a Danish clipper ship and set sail for the New World.

There was one problem, however. The British had blockaded the river system in hopes of stopping the flow of armaments and supplies to the French. His escape plan was aborted and the hopes and dreams of “Colonel Muiron” were dashed. He was captured and he would spend the rest of his life in exile.

“Colonel Muiron” was to be the chosen pseudonym for none other than Napoleon— the Emperor of France. This, according to Ines Murat —-a prolific French historian and direct relative of Napoleon Bonaparte. The Emperor had officially admitted in his abdication that “his political and military life was over in Europe.” He envisioned the United States as a base camp for his continued self-described “greatness”. If he could have avoided capture and fled, he felt confident he could seamlessly join his many personal contacts in the United States. He understood that the Americans were sympathetic to the French cause as they shared the same enemy (namely, the British). He believed Sun Tzu’s famous aphorism that the “enemy of my enemy is my friend.’’ Napoleon speculated that he could re-establish himself politically—-after all, his distinguished military career might engender American empathy for their ally, the French. Perhaps he could advance the French interests in North America. After all, he was a key player in doubling the size of the United States with his recent sale of the Louisiana Purchase. He was aware that many in North America spoke French and retained an affinity for their homeland. The “Colonel” firmly believed his future life could be a period of potential, hope, and plausible dreams.

Logistically, Napoleon planned to move 3 million gold francs to an American bank with the help of his brother Joseph who was living in New Jersey. If his political/military future in the U.S.A was not possible, the gold francs would go a long way in supporting Napoleon’s life as a private citizen. For years he considered himself a devotee of science. Napoleon once mused: “For me, idleness would be my cruelest torture. Without armies of an empire, I see science—-geography, botany, chemistry— as influencing my spirit!”.      Of course, none of Napoleon’s plans came to fruition. He would be exiled to St. Helena and suffer his demise shortly thereafter. But had he escaped the battlefield at Waterloo, made his way to Namur or Liege, then successfully navigated up the Meuse River, Napoleon, or rather “Colonel Muiron”, may have written another quite different chapter in history.