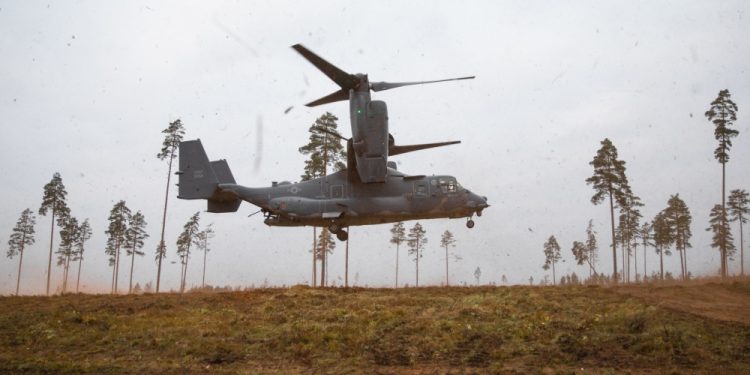 Brussels (Brussels Morning) A change in the security situation around the Baltic Sea has been quietly under way since last summer when Sweden began stepping up its maritime surveillance in the area both at sea and from the air.

Russia’s naval exercises and amphibious force transfers from its naval base in Kaliningrad  the Russian stretch of the Baltic Sea along the Finnish Gulf close to Saint Petersburg in August prompted the Swedish Armed Forces to heighten its maritime surveillance and increase its presence on the island of Gotland.

Politically, Sweden has become more assertive in signalling its preparedness, something that would have been unthinkable some years ago. The Russian annexation of Crimea changed the outlook around the Baltic Sea, which, given its high volume of maritime traffic, counts as one of the busiest shipping routes in the world. While the territorial waters are undisputed, naval movements and exercises in the vicinity of the shores of neighbouring countries are perceived as clear signs of increased military interest and activity.

In August, the Swedish Armed Forces announced that they had launched a high readiness action in the south-eastern and southern Baltic Sea due to extensive military activity in the Baltic Sea region. A Swedish Armed Forces’ statement, later commented on by Sweden’s defence minister Peter Hultqvist, affirmed that ”these are times of unrest”. The reference was to changes in the global security situation but also to the perceived deterioration of the situation closer to home, notably with regard to developments in Belarus.

Swedish Chief of Joint Operations Jan Thörnqvist observed at the time that the level of military activity in the Baltic Sea had become as extensive as it had been in the Cold War era. He cited both exercises being condiucted by Russia and the presence of Western naval states taking part in NATO exercises and making port visits. Noting the political protest and turmoil in Belarus, the Force Commander described the situation in the Baltic Sea area as unpredictable.

”Our activities are adapted to the current situation. Some operations are carried out openly and some are not,” Thörnqvist said. The defence minister reinforced the message by specifying that the heightened state of Swedish readiness served as a signal both to Sweden’s partners (among them NATO countries) and to Moscow that Sweden was not prepared to let its guard down and that it values its integrity and its sovereignty.

The reinforced naval presence and raised readiness level are reflected in the military presence on the island of Gotland. Best known for its historical centre, a tourism magnet in the summer season, the old fortress island now has acquired a renewed strategic importance. Underlying the recent flurry of military activity is a sense of real concern about the possible risk of serious incidents or misperceived provocations.

According to the defence policy overview published in October, Sweden’s operative defence capacity has increased over the last few years. The five-year defence plan stresses the importance of defence cooperation with countries in the Baltic Sea Region, with Finland in particular. The two neighbouring countries are the only Nordic states which are not members of NATO and membership in the pact is not on the political agenda of either country at present. However, the recent Swedish defence communication states that Moscow’s rhetoric in relation to Sweden has sharpened with Russian representatives warning that a potential Swedish NATO membership would force Russia to take corresponding action. The Russians have also objected to Finland and Sweden cooperating with NATO, again indicating their readiness to take measures.

November marked yet another new turn in Sweden’s defence policy as its military conducted a bilateral exercise with US special forces in the coastal region close to Stockholm.

”Sweden in fact prefers direct bilateral defence cooperation with the United States, rather than a NATO membership,” Calle Håkansson, a researcher with the Swedish Institute of International Affairs, confirmed. ”At least that is the present government’s policy under Prime Minister Löfvén. But indeed, the government is serious about raising capabilities and preparedness, particularly so in the last few years.”

The Swedish-led exercise took place along the Baltic Sea coast a few weeks ago.  Swedish Armed Forces, acting as host nation, enabled the foreign units to operate on Swedish territory, with logistical and practical support. Hosting a foreign unit also means training and developing cooperation ahead of future needs and possible contingencies.

According to the U.S. military newspaper Stars and Stripes, aircraft and maritime teams trained near the Swedish naval base in Karlskrona in an exercise designed to counter an imminent threat in the Baltic Sea region. The highly classified training focused on guerrilla warfare against a foreign armed incursion. A US Navy guided-missile destroyer vessel took part in one phase of the exercise near the Swedish coastline.

While concern about a more assertive Russia has led Sweden to establish an unofficial partnership with US forces,  the likelihood of any military escalation in the area remains low.