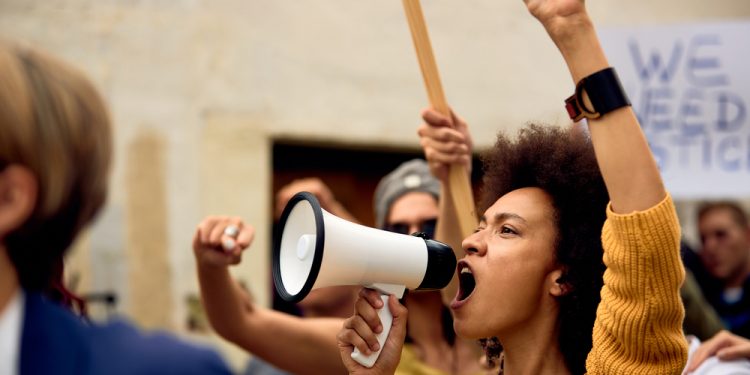 Brussels (Brussels Morning) A decision establishing a global human rights sanctions regime was adopted by the EU on Monday. The EU now has a framework that allows for targeting individuals and entities, among them both state and non-state actors, responsible for or associated with serious human rights violations and abuses anywhere in the world.

The restrictive measures include provisions for a travel ban on individuals and the freezing of funds that would apply to individuals and businesses or political entities. Persons and entities in the EU will be forbidden from making funds available to those listed, either directly or indirectly, in connection with the human rights violations.

Sanctionable violations include genocide, crimes against humanity and other serious human rights abuses, such as torture, slavery, extrajudicial killings, arbitrary arrests or detentions. Other human rights violations or abuses can also fall within the scope of the sanctions regime provided the violations or abuses are widespread, systematic or are otherwise of serious concern with regard to EU common foreign and security policy. Human rights sanctions will be decided on by the ministerial council, based on concerns raised by an EU member state or by the High Representative of the EU for Foreign Affairs and Security Policy.

The ”European Magnitsky Act” has been years in the making. As a proponent of EU action to advance human rights, EU High Representative for Foreign Policy Josep Borrell has worked on an equivalent of the accountability act introduced in the United States in 2012 following a campaign by investment banker Bill Browder in homage to his Russian business partner Sergei Magnitsky, who died while incarcerated in Moscow in 2009.

”I was convinced by the idea of a global sanctions regime to tackle human rights abuses, instead of having to go case-by-case as we do now,” Josep Borrell said in a statement.

Like the US legislation, the EU act is designed to sanction human rights abuses anywhere in the world. However, unlike the US regime, which also covers acts of corruption, the EU sanctions will focus solely on human rights violations. So far, the EU has issued sanctions on the basis of a country-by-country review, whereas from now on, perpetrators of human rights abuses will be pursued no matter where they are as a decision that builds on a global approach. For the time being, the EU will continue to decide on financial sanctions and travel bans on a case-by-case basis but with the new legislation, there should be a routine that allows for quicker adoption of restrictions on trade or funding for countries that perpetrate human rights violations.

A welcome step by the EU

”The EU should take concrete action. The crimes against the Uyghurs by the Chinese government and Chinese officials related to the persecution could fall under a global Magnitsky act,” Dolkun Isar of the World Uyghur Congress said when commenting on the decision to Brussels Morning. The organisation represents the Uyghur nation, a Turkic people originating in the region of East Turkestan, now known as Xinjiang, which was incorporated with China in the late 1940s while its people were listed among China’s Muslim minorities.

”In the United States, some Chinese companies and some high-level Communist officials, such as the Communist party secretary in Xinjiang, were blacklisted and sanctioned under the US Magnitsky Act,” Dolkun Isar recounts. ”That is a concrete signal and at least a first step to end atrocities. Every country has the right to take steps against officials involved in the repression of minorities.”

The situation of the Uyghurs in China has been precarious especially since large-scale repression began in the wake of protests in 2009. The Western Chinese region is cut off from communication with the outside world, other than what is channeled through China internally. What had begun as political oppression and enhanced control has since reached a point where a large share of the population is confined to internment camps and the constant surveillance measures have turned the region into a de facto open-air prison.

”They use technology for voice and facial recognition and every activity of daily life is under surveillance,” Dolkun Isar says. ”The human rights situation was already not good in Xinjiang but since the current Chinese president Xi Jinping took office it is even worse.”

The official explanation for the large-scale repression by Chinese state police and military is the fear of terrorism, which is linked to jihadism, even though there is scant evidence of any religious radicalisation to support their claim. However, the contacts across borders into Central Asia traditionally pursued by Uyghur traders have long been regarded as acts of treason by the Chinese government.

”So this is a very welcome and significant step,” Dolkun Isar says speaking of the EU’s new human rights sanctions regime. ”It is the only way of setting up an international coalition, in particular of Western democracies acting strongly with one voice to stop atrocities.”

Not enough done to tackle corruption

While the EU sanctions regime to target human rights abuse is a significant step in itself, Transparency International regrets that it does not list corruption as a criterion among the human rights violations to be sanctioned.

“The omission of corruption in the EU’s new sanctions regime risks sending the message that Europe is a safe haven for dirty money. So long as kleptocrats, money laundering networks, and their European enablers can continue to use the European market, they can damage the integrity of the European financial system,” Laure Brillaud, Senior Policy Officer at Transparency International EU in Brussels, said on Monday.

Transparency International warns that the EU risks becoming a loophole and a safe haven for the corrupt. In the UK, work is underway on a new corruption sanctions regime, while Canada has adopted a regime that includes corrupt practices.

Members of the European Parliament welcomed the regime, but were sceptical as to the requirement on decision by unanimity, leaving each EU country the power to veto sanctions against foreign countries perpetrating human rights abuses.

“With the sanctions mechanism, the EU shows its commitment to human rights and the fight against impunity. This is a very positive outcome,” MEP Heidi Hautala from the Greens said. ”It is not only human rights that are inherently universal, so is the duty to defend them. The new regime must be governed by the rule of law.”