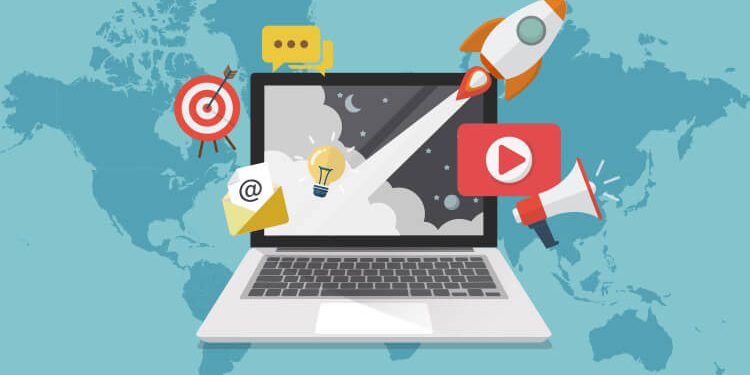 Belgium, (Brussels Morning Newspaper) Today is a historic day. Europe is the first continent in the world to thoroughly reform our digital space through the Digital Services Act (DSA) and the Digital Markets Act, both based on one premise: what is illegal offline must also be illegal online, content, goods or services. Currently, the digital space is the “wild west” of our time, open space without rules. By adopting the DSA, we will organize the digital world so that, on the one hand, the fundamental rights of users remain protected and, on the other hand, effective action is taken against anything illegal. We extend the rights and obligations of the real world to the virtual world.

In general terms, the DSA will impose a duty of care. Online marketplaces will have to strengthen checks on the information provided by traders and make efforts to prevent illegal content so that consumers can purchase safe products. Big platforms will also have to assess all possible risks to our society such as fundamental rights issues, vulnerabilities of minors, and gender-based violence, for example, posed by the contents they host.

Hence, it includes measures to better protect children and our data and to combat deep fakes and fake news among other things. Tailored rules will build on this, such as future legislation to combat the sexual abuse of minors or gender-based violence. Internet will be safer for citizens and consumers than ever before, but without losing its freedom and openness. Concretely, it will be much more difficult for rogue traders to sell dangerous or counterfeited products online; similarly, it will be much more difficult for criminals to spread illegal content online in the form of a post or tweet with illegal content such as hate speech or violence for example.

In the end, it’s all about liability: social media giants should be treated as publishers, with the obvious responsibility in relation to what they publish and how they control it. It clarifies the obligations of platforms and gives governments clearer and greater powers to enforce them. At the same time, the fundamental rights of users vis-à-vis these platforms are laid down. Heavy fines are imposed on those who do not comply with the new framework and break down those players who systematically abuse their power.

In parallel, the DSA will increase transparency online. The functioning of platforms or social networks will be more transparent in relation to their functioning and how they use our data: algorithms will not end in a black box and it will not be possible for online platforms and interfaces to use ‘dark patterns’ and practices aimed at misleading users. Thus, what users see, know, and choices should be the basis.

Online platforms, accessible to minors will have to take measures to ensure a high level of privacy, safety, and security of minors on their service, for example, by designing their services to be suitable for minors, with the highest level of privacy for minors by default, by setting standards for the protection of minors, or by participating in codes of conduct for the protection of minors. Entrusted flaggers, such as the EU Safer internet Centres (in Belgium, Child Focus), must get official recognition when proven independent. Their reports must be taken seriously and followed up properly, even if they do not represent a ‘collective interest’.

Targeted advertising remains possible, but not on the basis of profiling using sensitive data. Furthermore, targeted advertising based on the use of data from minors is prohibited. Yes, the tech lobby did manage to water down certain things. The prohibition can be circumvented. However, in the end, all rules can theoretically be circumvented. The DSA set bans that will have to be respected and foresees effective penalties against all infringements to its provisions.

Very large online platforms may, in order to reduce certain risks, take measures to ensure that a “deep fake” can be clearly distinguished from real content. Think, for example, of a fake speech by Putin that has been developed using technology. In addition, users must be able to report such content. This is important in the context of fake news. Thanks to the Parliament, misleading or deceptive content, which is not illegal but contributes to systemic risks, must be included in a risk assessment. Very large platforms must pay particular attention to content containing disinformation. Therefore, a reference to the removal of illegal hate speech by very large online platforms has also been agreed upon – with a deadline of fewer than 24 hours. This is very important, just think of the attack on Capitol Hill last year. Major platforms such as Facebook or Twitter must then take the statements offline within 24 hours.

Last, but not least, based on the crisis mechanism, the Commission can require very large platforms to take specific measures in the event of a crisis, such as Russian aggression against Ukraine by tackling Russian propaganda, but with appropriate reporting to the Parliament.

In sum, tech companies will have to show more responsibility towards the entire society, especially the biggest ones, which have more powers and more means to act. Thanks to the DSA, the public awareness of consumers of the need for a safer and more transparent internet is now strengthened. We, Europeans are taking back control of our online lives! Social media platforms should not be the pawns of what is illegal and what is not. That is what this is about. That is reserved for European legislators and judges. They define what is illegal offline and online – from child sexual abuse material to terrorist content, from hate speech to counterfeiting, from incitement to violence to defamation – through democratic processes and with the right checks and balances. Today is a historic day.