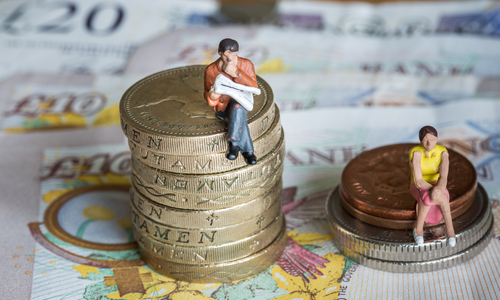 Belgium, (Brussels Morning Newspaper) MEPs call on the Commission and EU countries to address the inequalities women face, such as barriers to the labour market and access to affordable childcare.

In a report adopted on Tuesday with 535 in favour, 18 against and 79 abstentions, MEPs call for gender to be integrated more effectively into policies that address homelessness, the lack of access to affordable and adequate housing, and energy. The Commission must develop an ambitious 2030 European anti-poverty strategy, with concrete targets and a focus on ending women’s poverty, they say.

The worsening social and economic situation has increased all forms of abuse and violence towards women, MEPs stress. They urge member states to provide support to women escaping situations of gender-based violence, as a life free from violence is fundamental if women are to participate in the labour market, reach their full potential and have financial independence.

MEP Heléne Fritzon for Brussels Morning stated that the key to getting women out of poverty is to ensure they have a job. One in three women in Europe are not part of the labour market – this is unacceptable.
“Women’s economic independence is also crucial to escape situations of gender-based violence. When women have their own income, it not only strengthens gender equality and the role of women in society but also contributes to greater economic growth in our Union,” said Fritzon.

On this topic, Maria Manuel Leitão Marques told Brussels Morning that being a poor woman or having a low income leads to many other problems, such as a greater dependence on violent partners, and less capacity to start a new life somewhere else. In sum, more sadness and less happiness.
“We need gender-sensitive public investment, specific support programmes for single-parent families, the vast majority of whom are headed by women, and to end gender discrimination in tax policies as well as eliminate VAT on women’s sanitary goods,” said Manuel Leitão Marques.

MEP Christine Schneider stated that almost every fourth woman in the EU is at risk of poverty. Poverty means more than just material deprivation – poverty also means social exclusion and social isolation. The likelihood that a person living in poverty will still be poor five years later has risen from 40 to 70 per cent in recent decades.

“We need to break this cycle and effectively tackle the deep-rooted causes of poverty and social exclusion. Unfortunately, there is no “one size fits all” solution: the problem is too complex for that. Therefore, we must overcome the structural gap between men and women in the economy, the gender pay gap and the gender pension gap! We need to create synergies between policies that promote gender equality, employment – and especially education!” said Schneider. 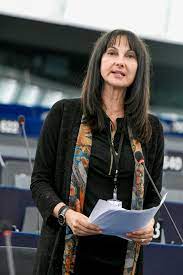 MEP Elena Kountoura stated that despite the social progress in the last decades, women in the EU are disproportionally affected by poverty and inequality.

“Today, Europe faces serious back-to-back crises: the pandemic, the acute energy crisis and the impact of the war in Ukraine. In such unprecedented circumstances, women are exposed to a higher risk of poverty and their basic human rights are severely undermined. Their lower access to productive resources and assets, capabilities and decent paid employment, and the heavy unequal responsibility of domestic responsibilities they bear, are only some of the barriers. Women’s lower earnings, underrepresentation and segregation in the labour market is an unacceptable realities.  We must therefore speed up efforts and adopt specific European policies to tackle all the structural gender inequalities. We need to promote education and training, to establish minimum wages and to ensure social protection, to leave no woman behind. We also need to integrate gender into policies that address homelessness, the lack of access to affordable and adequate housing, and energy. And even more, we must have in place adequate support mechanisms combatting gender-based violence to ensure every woman’s right to a life free of violence and to equal opportunities to thrive. A life free from violence is fundamental if women are to participate in the labour market, reach their full potential and have financial independence.” said the MEP.