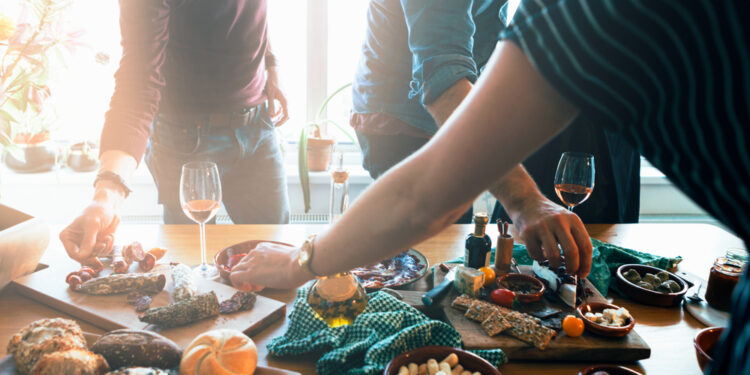 Brussels, (Brussels Morning)- Lieve Polet from Brussels founded the well-known eatery Het Warm Water in the heart of Marolles. She was also coordinator of the community centre of Saint-Josse-ten-Node for twenty years. She died last week after a fatal collision with a truck. “She has been cycling all her life and now she dies from such a stupid accident.”

Lieve Polet was born in Oudenaarde in June 1946, but soon moved to Neder-Over-Heembeek. She grew up there and died last Wednesday at the age of 76, after being struck by a truck. For the friends and relatives she leaves behind, Frans Vekemansstraat will no longer refer only to the place where Lieve’s life started, but also to where it came to an end. At that time she is in her home congregation to run an errand by bicycle.

Lieve grew up in a Catholic family, her parents were teachers. It is a family of do-gooders and pioneers: Lieve’s mother ran an Oxfam shop in the 1970s, her sister Mia later founded the natural store Den Teepot in the Kartuizerstraat in the city centre.

Lieve studied sociology in Leuven and then met her first love. They had two daughters, Elke and Tieneke, but divorced when the children were small. Lieve was hired as coordinator of the community centre of Sint-Joost-ten-Node, Ten Noey, where she remained for twenty years. It was only when the children started studying that Lieve started a new professional chapter.

Two common threads in her life come together in café Het Warm Water: the love for Brussels and healthy food. Het Warm Water – today taken over by a collective that offers organic meals – became a breakfast and lunch café where everything was homemade: from the biscuits with the coffee to the muesli, the pancakes and the well-known cheesecake.

“It was her dream to bring the German breakfast cafes to Brussels. The idea has grown into a total concept with many Brussels dishes. The breakfast formulas referred to the water sources in and around Brussels: Minneborre , Duvelsborre or the Wollenborre. Evening meals were added later. “She was vegetarian, but suddenly started making meat dishes there,” recalls daughter Elke. The typical ‘chicken cap’ – a Brussels dish with pig brains – also ends up on the menu.

“I’m not going to call her a Flamingant, but she insisted that Dutch be spoken,” Tineke says. The children have therefore also grown up somewhat protected, with mainly visits to Dutch-language theatres, libraries and cultural centres.

For eighteen years – until her retirement at the age of sixty-five – Lieve kept Her Warm Water going. It was hard work because she wanted to do everything herself, even the shopping at the Early Market. It was also a life with many social contacts. “Her work in Het Warm Water served the Flemish people in Brussels, just like in Ten Noey,” Tineke notes. Her daughters notice from the messages they receive that that community misses her, now that she’s gone. “She was an inspiration to many.”

After her retirement she co-founded the Repair Café in Schaerbeek along with the local exchange community LETS Brussels . She was about to move to Ostend – Brussels by the sea – to be part of a cohousing community of 60+ people.

The fatal accident on the corner of Peter Benoitplein and Frans Vekemansstraat came as a shock to her children. “She wasn’t ready to leave at all, she was going to write another beautiful chapter in her story. She survived covid without vaccination, she survived heart surgery last year. Now she dies in such a stupid accident, while she has been cycling all her life,” concludes Tineke.

The judicial investigation into the exact circumstances of the accident is still ongoing, said BRUZZ.

If you want to say goodbye to Lieve Polet, you can do so on Thursday 7 July, at 11 a.m. in the Aula Daelhof Zemst.